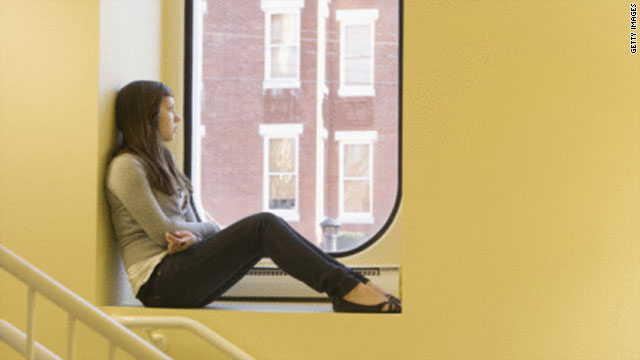 (CNN) -- When college students take their lives, as apparently happened recently at Cornell University, the instinctual reaction, to mourn publicly and officially, may be the wrong thing to do, psychologists say.

The American Foundation for Suicide Prevention recommends that schools have a "muted response" to suicide, said Ann Haas, director of suicide prevention projects. That's because students already vulnerable to suicide may be attracted to the idea of getting recognition or gratification in death.

"For those students who seem to really be at risk, there's something about those kinds of memorials that really can trigger additional suicide," she said.

There were three student suicides reported in the fall 2009 semester at Cornell, a school in Ithaca, New York, that Haas and others praise for its counseling and prevention programs. Three additional confirmed suicides took place in the last two months, university and Tompkins County officials said.

There is no official count of suicide among college students nationwide, Haas said.

Read more on the Cornell suicides

Researchers have found that suicide can, in effect, be contagious, creating clusters of people taking their own lives in close proximity within a few months. The people involved may not have had any direct contact, but publicity of the suicide, including through large vigils and assemblies, may result in more suicidal behavior, said Madelyn Gould, professor of psychiatry at Columbia University Medical Center.

"We do feel that some memorials need to take place, but it might be worth trying to develop some suicide prevention activity to honor that person," she said.

Cornell is not the only educational institution dealing with recent multiple suicides. Gunn High School in Palo Alto, California, had four students take their own lives between May and October of 2009, according to CNN affiliate KRON-TV in San Francisco. More historically, New York University had a string of suspected suicides in 2003, and the University of Texas at Austin had several students take their own lives in the early 1970s.

Adolescents and young adults are the most susceptible to suicide contagion, Gould said, partly because they tend to be more impulsive and impressionable to the behavior of their peers. Hearing about someone else's suicide may add legitimacy to their own depressed thoughts and increase rumination, she said.

College students and young people in general are vulnerable to exposure to suicide through the losses of friends, family members, and even what they see on television, research shows. Studies at the University of Southern California have shown that these forms of exposure to suicide increase the likelihood of a suicide attempt.

"It sets up a possibility; a door opens that's usually closed to that idea, unless someone comes along and shows them the way," said Dr. Thomas Hicklin, psychiatrist at the University of Southern California.

Simeon Moss, deputy university spokesperson, said Cornell is aware of the research on memorials and suicide. Usually there is a campus memorial for any student death, which is planned in conjunction with the student's parents and friends, so the form and time will be up to them.

Recent prominent suicides such as Marie Osmond's son Michael Bryan and "Growing Pains" actor Andrew Koenig may convey to some that taking one's own life is an option for someone feeling overwhelmed or stressed out, said Nadine Kaslow, psychologist at Emory University. "Some people don't think through the consequences of that option," she said.

Dennis Heitzmann, director of counseling and psychological services at Pennsylvania State University, cautioned against portraying suicide as a viable alternative to actually working on and resolving problems.

"More students are on our campuses who may not have been able to attend in years past because of their condition, and as long as they maintain their treatment requirements, they get help if they need it, they'll do just fine," Heitzmann said.

It is unknown to what extent the rate of 7.5 per 100,000 accurately represents colleges and universities in parts of the country not surveyed, or whether it is still true today, Haas said.

Today, college is perhaps a more stressful environment than it used to be, especially with the added task of finding financial resources to pay for school, Brownson said, but that does not make students more susceptible to being suicidal.

Although he agrees that stress has gone up, Heitzmann, who has worked with Penn State counseling for 25 years, said he finds that today's students are also more in touch with their emotional needs.

"They find getting medication or counseling as a more acceptable alternative," he said. "There are more and better forms of psychotropic medication that allow some students to function well if they maintain their treatment regimen."

Visit the American Foundation for Suicide Prevention for more information on coping with the death of a loved one.