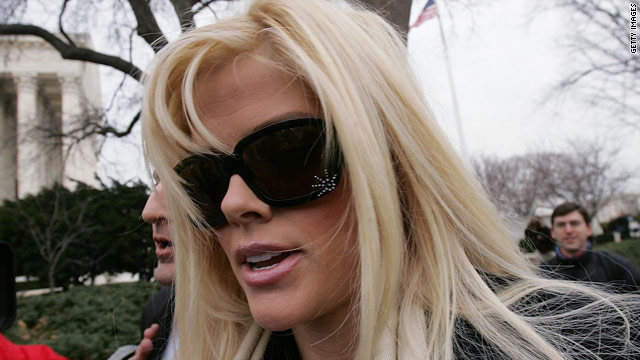 Another defendant in the case, Dr. Sandeep Kapoor, was acquitted on all counts against him.

"This is really a victory not just for me, but it is a victory for patients everywhere in our nation who suffer chronic pain,and physicians who treat difficult chronic pain every day," Kapoor said outside the courthouse.

The jury failed to convict any of the defendants of providing drugs to a known addict, which was the linchpin of the prosecution's case.

Stern was acquitted on seven of the nine counts he faced.

"These were all the counts related to whether the medications were for a legitimate medical purpose or for whether Anna Nicole was an addict," Stern said. "What the jury did find me guilty of were two conspiracy counts limited exclusively to my name being used on medications for Anna. This was done to protect Anna Nicole's privacy and it was nothing more than that."

The verdicts came in a complex case that included two months of testimony and 13 days of jury deliberations.

Stern's attorney, Steve Sadow, said after the trial that the conspiracy conviction for his client was for Stern having given his consent to Eroshevich to use Stern's name on prescriptions intended for Smith.

The charges against Eroshevich, a psychiatrist who flew to Smith's side in the Bahamas after her son's death in 2006, were related to using Stern's name and another woman's name to write prescriptions for Smith.

Stern and the doctors were charged with conspiring to feed the reality TV star and Playboy model's drug addiction, and using false names to obtain the drugs over the last three years of her life. The three defendants were not charged in Smith's February 2007 death in a Florida hotel, which a medical examiner ruled was an accidental overdose of a sleep aid combined with the effects of a viral flu.

After the verdicts were read, Eroshevich said she "felt good," despite the conviction because she was prepared for the jury's decision.

The case raised questions about ethical boundaries in a doctor-patient relationship, the prescribing of painkillers and anti-anxiety medicines and the use of fake names when treating celebrities.

The defense called only one witness -- an expert who concluded that Smith suffered from chronic pain, depression and anxiety, not drug addiction.

Her drug dependency was legal since it was for legitimate medical purposes, including for treatment of her pain and anxiety, defense lawyers argued.

The prosecution said the doctors never said no to Smith's drug-seeking because they wanted to be part of her celebrity entourage.

False names were used by Stern and the doctors to hide excessive prescriptions from the state's computer system that monitors drug usage, prosecutors argued. The defense said it is a common practice in Hollywood, used to protect celebrities' privacy from prying tabloid reporters.

Los Angeles County Superior Court Judge Robert Perry hinted before the verdicts were returned that if any defendants were found guilty, he would consider "possible selective prosecution issues" when sentencing them. He would have the power to reduce most of the felony charges to misdemeanors.

After the verdicts were returned, Perry set sentencing for January 6. Stern and Eroshevich could face a maximum of three years each in prison, according to the prosecutor's office.