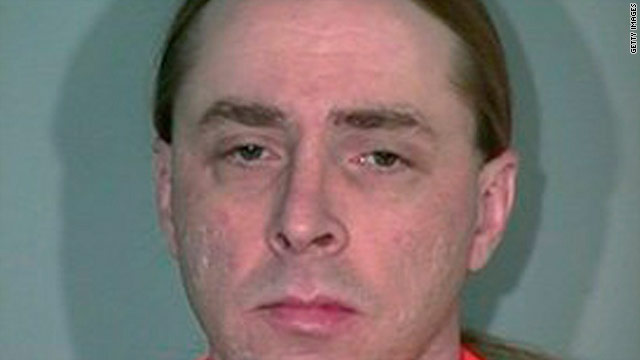 Jeffrey Landrigan was executed Tuesday after a series of legal challenges over the legality of the drug used in the execution.
STORY HIGHLIGHTS

The execution was carried out at 10:26 p.m. (12:26 a.m. ET), said Barrett Marson, a spokesman for the Arizona Department of Corrections.

"I'd like to say 'thank you' to my family for being here and all of my friends," were Landrigan's final words, according to Marson. He concluded with "Boomer Sooner," a cheer often used by University of Oklahoma fans.

The way for the execution was cleared after a majority of Supreme Court justices moved to vacate a federal judge's order that had temporarily stopped the execution scheduled for earlier in the day.

In a 5-4 decision, the court overturned two lower court rulings.

Landrigan's attorneys filed a civil rights complaint last Thursday alleging the planned execution violated his constitutional rights to be free from cruel and unusual punishment and to due process. On Monday, Silver issued the temporary stay after concluding that the state did not provide Landrigan's side enough information to make its case sufficiently about the safety and legality of substances that would have been used to kill him.

But the U.S. Supreme Court ruling vacated the lower court order, saying "there is no evidence in the record to suggest that the drug obtained from a foreign source is unsafe."

Judge Silver wrote that she "was left to speculate" that the drug was harmful, but in a statement the Supreme Court, citing a different 1993 ruling, concluded in a one-page order that sentiment should not equate to the fact it was "sure or likely to cause serious illness or needless suffering."

"There was no showing that the drug was unlawfully obtained, nor was there an offer of proof to that effect," the Supreme Court ruling said.

The decision to vacate the order was supported by Chief Justice John Roberts and Justices Samuel Alito, Anthony Kennedy, Antonin Scalia and Clarence Thomas. Justices Stephen Breyer, Ruth Bader Ginsburg, Elena Kagan and Sonia Sotomayor sided with Silver and would not have vacated the ruling.

In 1989, Landrigan escaped from an Oklahoma prison, where he was serving time for second-degree murder. He was convicted of strangling Chester Dean Dyer in Arizona a year later during an armed burglary, and a trial judge sentenced him to death.