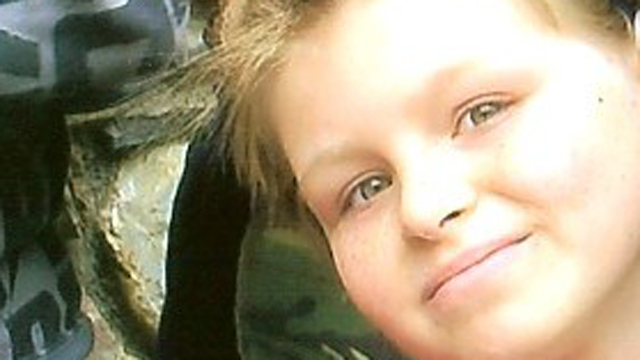 Hickory, North Carolina (CNN) -- North Carolina authorities have been in contact with Zahra Baker's biological mother in Australia and have asked for the medical records of the missing 10-year-old girl.

Officials did not specify what kind of medical records they were seeking. Dental records are sometimes used to identify a body. Although authorities believe Zahra is dead, her remains have not been found.

Burke County Sheriff John McDevitt has said that Zahra's disappearance is being investigated as a homicide.

Police have been searching for the girl in and around the city of Hickory.

"We're speaking to her on a regular basis," Deal said of Zahra's biological mother. "She's very concerned, and she's very appreciative of everything being done to solve this case."

The deputy police chief said authorities are not clear on the circumstances of the split between the mother and father.

Police said last week that the girl's stepmother, Elisa Baker, admitted to writing a fake ransom note that was left at the family's home. She was arrested October 10 on unrelated charges, including writing worthless checks. More recently, authorities charged her with obstruction of justice, a felony, after she admitted writing the fake note, according to Hickory Police Chief Tom Adkins.

Elisa Baker remains jailed on those charges. Her bail has been set at a combined $70,000, an amount her lawyer called excessive.

Police said the girl's father, Adam Baker, also faces bad-check charges, but has not been arrested. He is assisting police in their search. "Every time we ask him to be somewhere, he's there," Deal said.

The disappearance of Zahra -- a freckle-faced youngster who uses a prosthetic leg and hearing aids -- has made international news. The girl lost her leg to bone cancer, according to CNN affiliate WCNC.

Family members and neighbors have told reporters that Zahra's stepmother had abused her. Her attorney, Scott Reilly, vehemently denied those allegations during an interview Monday.

"Whatever investigation was done, there was never anything substantiated regarding child abuse by Elisa Baker," he said.

"The lady saying they were keeping Zahra in the attic, and they thought it was squirrels, that lady has squirrels in her head," Reilly said, referring to a woman who spoke to the media. "She had no business saying things that were untrue. Someone else says she was kept in a locked room and only allowed to come out five minutes a day to eat. Those people [reporting that information] should have their media credentials revoked."

Earlier, a relative said that the alleged abuse was reported to the state Department of Social Services but the relative did not know the outcome.

The state office said such a report would have been handled by a county office but that the agency is barred from commenting because of strict confidentiality laws.

Reilly said he has filed a motion to reduce Elisa Baker's bond, and a hearing has been set for Wednesday.

HLN's Beth Carey and Natisha Lance contributed to this report.