Investigators say dean made students do housework for scholarships 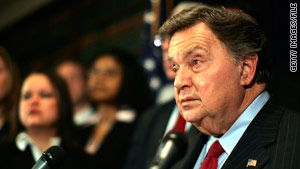 (CNN) -- Investigators say a former vice president and dean at a New York university forced students to cook, clean, wash clothes and chauffeur her family -- and threatened that their scholarships would be revoked if they refused.

An arrest affidavit unsealed by federal prosecutors this week alleges that Cecilia Chang required scholarship students at St. John's University to take out the garbage, shovel snow and cook food at her home in Queens, New York.

"Chang threatened the students and placed them in fear that if they refused to perform these personal services, they would lose their scholarships and be unable to attend St. John's," FBI Special Agent Kenneth F. Hosey said in the affidavit.

At the time, she was a vice president and dean with the authority to award scholarships, the affidavit said.

In addition to requiring students to perform household chores, Chang also asked students to conduct financial transactions and deliver cash to her at a casino, according to the affidavit.

She was suspended from her job in January, according to the affidavit.

Last month, she was indicted on charges that she stole more than $1 million from the university, including $250,000 in funds that she allegedly diverted from a charitable foundation in Saudi Arabia.

"It is disheartening, indeed, to see an alleged betrayal of this magnitude which inexcusably deprived the university of much needed educational funds and could have a chilling effect on the school's future fundraising efforts," Brown said.