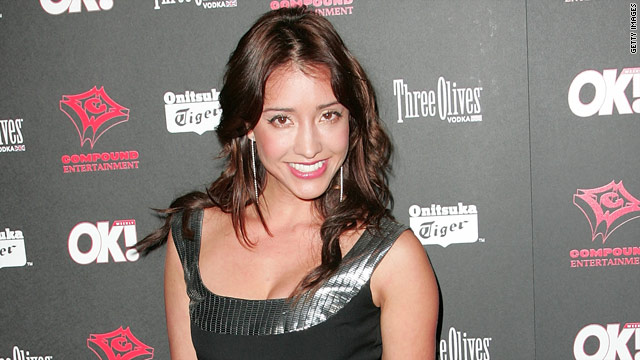 Los Angeles, California (CNN) -- Closing arguments are set for Wednesday in the trial of Mexican soap opera actress Fernanda Romero on federal charges that her marriage was an illegal sham intended only to earn her a U.S. work permit.

On Tuesday, Romero tearfully testified that she really loved Kent Ross, the pizza deliveryman she married five years ago.

Their marriage was real, but it soon fell apart because of his drinking and her focus on a modeling and acting career, Romero told jurors.

Romero is accused of paying Ross $5,000 to marry her on June 12, 2005, but the prosecutor alleged they never lived together as a couple.

U.S. District Judge Manuel Real blocked defense lawyers from using evidence they said would show Romero was set up and turned in by a vengeful photographer angry that she rebuffed his romantic advances.

The job of convincing jurors the marriage was real fell on Romero, a 28-year-old actress-singer-model who starred in Telemundo's "Wounded Soul" soap opera. The prosecutor suggested Romero was using her professional acting skills to sell her own fiction.

Romero testified she married for love, not a green card.

"To be in a loving relationship, forever and ever, like my parents," she testified.

The couple didn't have a family wedding because he is Mormon and she is Catholic, she said.

They kept separate Hollywood apartments because he couldn't break a lease and she traveled a lot, she said.

The first months were "very loving, fun," she said. "We socialized together, passionate. It was the honeymoon stage."

Romero and Ross separated after less than a year together because "he was coming on very late and drunk," she said. "We started to fight a lot, sweat a lot, throw things. It was not healthy."

The villain in Romero's script would be Markus Klinko, a celebrity photographer she met at a Hollywood casting call about the same time her marriage was "on the rocks," she said.

When Klinko testified for the prosecution last week he said it was "completely incorrect" that his motivation was to get Romero deported.

Ross, 28, also had his turn on the witness stand Tuesday, hoping to convince jurors that he and Romero were a real couple at one time.

"I was in love with her," Ross testified. "It felt right at the time, so I rolled with it."

He was asked why he asked the actress to marry him after knowing her for only a short time.

"I had a tiger by the tail and I wanted to keep her here," he said.

Romero and Ross sat directly in front of jurors throughout the one-week trial, holding hands much of the time.