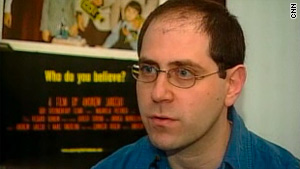 New York (CNN) -- A team of prosecutors and a panel of law enforcement, legal and social science experts are being assembled to reinvestigate the case of a man convicted in 1988 of sexually abusing children, according to a statement issued on Tuesday by the Nassau County District Attorney's office.

"A prosecutor's job is not to obtain convictions, but to obtain justice. I cannot predict whether or not our investigation will corroborate the criminal case brought against Mr. [Jesse] Friedman more than two decades ago. What I can guarantee is that my investigation will be thorough andit will be fair," Nassau County District Attorney Kathleen Rice said in a statement. Nassau County is on Long Island.

The announcement to reopen the case comes in response to a federal appeals court decision that suggested prosecutors had an "ethical obligation" to reopen the 1988 child molestation case of Friedman. He was the focus of a 2003 Oscar-nominated documentary, "Capturing the Friedmans."

Friedman shared his reaction with CNN Tuesday night in an e-mail: "I am concerned, given my history with the Nassau County prosecutor's office, of their ability to conduct a fair review of their colleagues. However, taking Kathleen Rice at her word, I am optimistic and hopeful for the first time in more years then I care to admit."

The 31-page decision, released Monday, questioned "the process by which the petitioner's conviction was obtained" and suggested that because of the "vast moral panic" about child sexual abuse that was prevalent in the late 1980s and early '90s might have led police officials to cut corners in their investigation.

In unusually strong language, the 2nd Circuit Court decision stated that "... the police, prosecutors and the judge did everything they could to coerce a guilty plea and avoid a trial" and said there was a "reasonable likelihood" Friedman was "wrongfully convicted" of sexually abusing children.

Friedman, 41, served 13 years in prison and another five on parole. He said he was still digesting the court's decision on Tuesday. "If the charges went away, that would be wonderful," he said.

Friedman said he has tried for 20 years to revoke his guilty plea, saying that at the time there was "no other viable option, the system was in place." He said he was offered a guaranteed six- to 18-year sentence in exchange for not pursuing a trial and feared the judge would give him 1,000 years if he didn't plead guilty.

The court decision stated that although by law the court could not overturn Friedman'sconviction as it was filed too late, it suggested that the Nassau County prosecutor's office reinvestigate the case. The decision cited New York law, which states that it was a prosecutor's duty to "take reasonable remedial measures when it appears likely that an innocent person was wrongly convicted."

Friedman was 19 when he pleaded guilty to sexually abusing over a dozen children with his father, Arnold Friedman. His father committed suicide in 1995 in prison. Friedman and his father held computer classes in the basement of their suburban home in Great Neck, New York, where the attacks allegedly took place.

In 2003, while watching the documentary "Capturing the Friedmans," he found out that many of the children who accused Friedman of sexually abusing them had been put through hypnotic therapy sessions to recall the attacks. Friedman's attorney, Ronald Kuby, said that it was an opportunity for the prosecutor's office to "cure an injustice" and hoped it would end with a decision that Friedman was wrongfully convicted.

Friedman, who was paroled in 2001, said he wasn't sure how much it would really change his day-to-day life at this point.

"I don't get those years back, but it would be nice to have my innocence declared, I am not a child molester."

He said he has an online book business selling popular fiction, which he runs from his home on the U.S. East Coast, where he lives with his wife. "My focus is on tomorrow," he said.