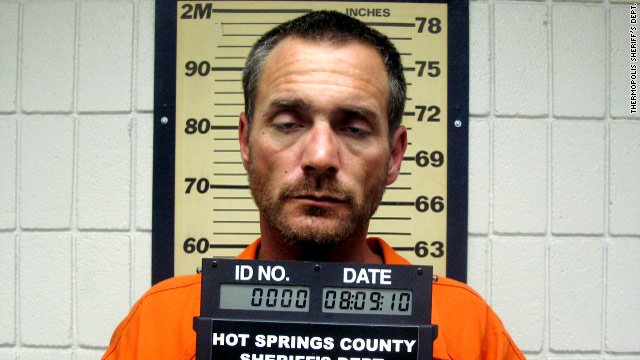 (CNN) -- Authorities have "pulled out all the stops" to find the last of three escaped Arizona convicts and his suspected accomplice after the second was captured in Wyoming, the federal agent leading the search said Monday.

David Gonzales, the U.S. marshal for Arizona, warned John McCluskey and Casslyn Mae Welch "have nothing to lose" and may not surrender without a battle.

Gonzales told CNN's "Rick's List" that investigators believe McCluskey and Welch were in central Wyoming. But Rod Ostermiller, the acting U.S. Marshal in Montana, said the service is also investigating whether the pair may have made it as far as that state's Glacier National Park, close to the Canadian border.

"We are working leads and interviewing people right now," Ostermiller said Monday night. He said his office is coordinating its efforts with the Royal Canadian Mounted Police.

McCluskey, 45, was serving a 15-year sentence for attempted second-degree murder and other charges when he and fellow convicts Tracy Province and Daniel Renwick broke out of prison July 30. Authorities have identified Welch as McCluskey's cousin and fiancee.

Renwick, 35, arrested on July 31 in Rifle, Colorado, after a shootout with police, and Province and McCluskey are suspected in the killings of a couple whose bodies were found Wednesday in New Mexico, Gonzales said. 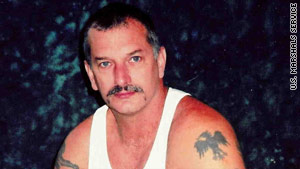 John Charles McCluskey, 45, seen here in 2005, is described as armed and dangerous.

When the woman returned home and saw the news reports, she immediately recognized Province and called police. Marshals staked out the church and arrested Province at 6:20 a.m. Monday, Gonzales said.

Sunday, the search turned to the area around Yellowstone National Park, at the northwest corner of Wyoming. Marshals said McClusky and Province had belonged to a white supremacist prison gang and may have been trying to reach fellow believers in the Northwest. But Gonzales' chief deputy, Fidencio Rivera, said Monday that possibility appeared less likely Monday night.