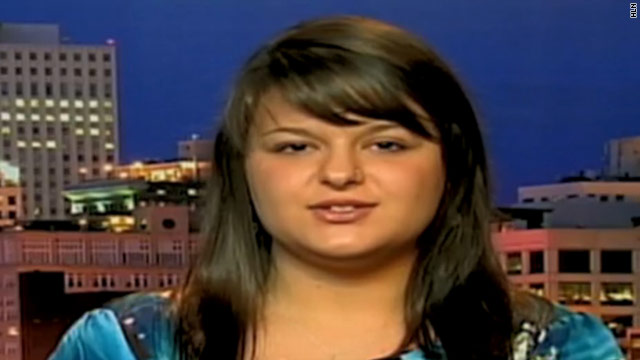 The ACLU sued a Mississippi school district on behalf of Constance McMillen, a lesbian who wanted to attend the prom.
STORY HIGHLIGHTS

Constance McMillen in her own words

(CNN) -- A school district in Mississippi has agreed to pay a recent high school graduate $35,000 in damages and adopt a policy prohibiting discrimination based on sexual orientation, according to a statement released Tuesday by the American Civil Liberties Union.

The settlement comes after the ACLU sued the school district in Fulton, Mississippi, on behalf of Constance McMillen, a lesbian teen who was told by Itawamba Agricultural High School officials she and her girlfriend would be ejected if they attended the school-sponsored prom.

The agreement, which was filed Tuesday, ends the lawsuit.

"I'm so glad this is all over. I won't ever get my prom back, but it's worth it if it changes things at my school," McMillen said in a statement released Tuesday.

The prom, originally scheduled for April 2, was eventually canceled by school board officials who previously said they reached their decision based on "the education, safety and well-being of [its] students."

Officials at McMillen's former high school are not commenting at this time, and a call to the north Mississippi school district seeking comment Tuesday wasn't immediately returned.

According to the ACLU statement, McMillen "suffered humiliation and harassment after parents, students and school officials executed a cruel plan to put on a decoy prom for her while the rest of her classmates were at a private prom 30 miles away."

McMillen believes the alternative prom she was sent to was a sham because only a handful of people attended. "A lot of people were talking about how it was a joke just set up for me," she previously said.

In March, a federal judge ruled that McMillen's First Amendment rights were violated when her school district refused to let her attend her prom in a tux with a girl.

"We're in a conservative area of the country, where people tend to think we can do what we like," said Sun, who lives in New York but has traveled multiple times to Mississippi on McMillen's behalf. "This case sends a strong message that that's not going to fly anymore."

In 2004, the national gay rights group GLSEN -- the Gay, Lesbian and Straight Education Network -- issued a report that said of all 50 states, Mississippi had the most hostile environment for gay youths.

"We hope this judgment sends a message to schools that they cannot get away with discriminating against lesbian, gay, bisexual and transgender students," said Bear Atwood, interim legal director at the ACLU of Mississippi.

Since McMillen's name made national headlines, the lesbian teen advocate has served as the grand marshal for New York's Gay Pride Parade, she received a $30,000 college scholarship from an anonymous donor, and a Facebook page called "Let Constance Take Her Girlfriend to Prom!" had attracted nearly 410,000 fans as of Tuesday.

"It means a lot to me," McMillen said. "The amount of support helps me to continue with the fight."