Are Internet firms afraid of the Middle East? 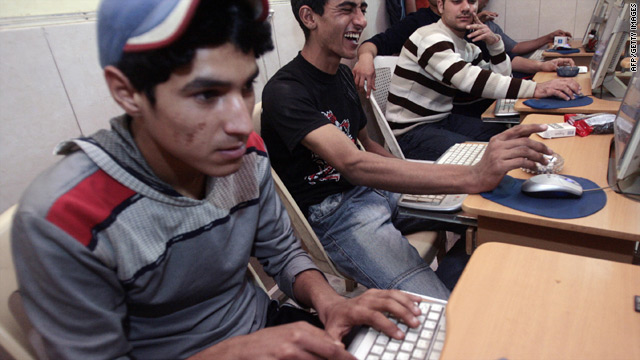 Paris, France (CNN) -- The Middle East represents a vast, largely untapped market for Internet businesses across an audience tailor-made for maximizing online revenues, according to industry experts -- so what's holding everyone back?

The sector's failure to capitalize on what, on paper at least, appears to be a perfect match for Internet start-ups hoping to exploit a vast international market with a single product, came under scrutiny this week at a major global Web conference in Paris.

In what is hoped to become a regular session at the annual LeWeb event, leading Internet entrepreneurs involved in the Arabic-speaking world shone new light on what is, outside of the region, a little understood, yet enormous slice of the World Wide Web.

But, although they say the region represents a massively overlooked opportunity, even with Dubai reeling from debt crisis caused by recent overspending, they warned that failure to fully understand it at grassroots level could still leave companies out of pocket.

"It is a completely different universe," admitted Japanese-born Ito, who confessed he was ill-prepared when making his first ventures into the region. "I realized it is not that easy, I couldn't just email people and expect things to happen in the same way."

"It was something I realized I would never understand unless I lived there. Having moved there I realized how interesting it is."

Haddad, whose company created tools for writing Arabic on an English keyboard and for searching Arabic sites phonetically to bypass regional language variations, said his company was taken by surprise by the success of its products, until it realized the profile of its users.

Countries where Arabic is a major language

"The interesting thing about this market is that we have 400 million speakers and it's the fifth largest spoken language out there, so its a huge market -- all united by the Arab language," he said, contrasting it with the language and culture-divided European market.

"It's a huge opportunity. I think we're at a tipping point, 60 million online users, 200 million mobile users -- the numbers are amazing."

Ataya added: "We have one of the fastest-growing youngest populations in the world -- in addition to that we have the highest proportion of migrant labor in the world, and that exists in an area which has historically had limitations on movement of people."

Although some international investors appear to be waking up to the opportunities -- particularly following the wake-up call that was Yahoo's acquisition of Arab portal Maktoob in August 2009 -- the entrepreneurs pointed to almost comical misunderstandings that appear to holding some back.

"A strategic investor once visited us and we were talking about the United Arab Emirates," said Ataya. "His perception of the U.A.E. was like the United States of America -- he actually believed that the U.A.E stretched from Morocco to to Kuwait."

Ito also pointed out to prejudices held by many in the West that Arab nations did not hold up to scrutiny when it came to human rights and the equality of women, claims all three candidates insisted failed to take into account the complexities of the cultures involved.

Still, they agreed there were barriers to investment, not least the individualized nature of each major Middle Eastern city's legal systems that mean though Internet products could appeal to a pan-Arab audience, implementing them profitably across the region could prove tricky.

Says Rabea, the Arab market presents itself as an almost direct contrast to the European Union, which economically and legally unites countries despite diverse languages.

"Pretty much every city state that you're in, there are a different set of legal and economic frameworks with which it operates," he said, adding that the rewards outweighed the headaches of dealing with these.

"If you are able to go and set up shop in those various Middle Eastern countries and deal with the various legal and economic frameworks, then you really have an almost an insurmountable advantage."

He added: "Beyond the language and for the most part the religious commonality, there is very little that ties the region together, but there is an affinity of culture and people believe they are somehow connected and language helps with that, and that makes a difference if you are trying to tackle this huge region.

But you really have to get down to the nitty gritty of every little area."

While Habib pointed out that advertising revenues were still relatively slim compared to other markets such as the United States, Ito expressed confidence in the region's ability to sell itself to a wider audience.