British troops to get first new camouflage in 40 years 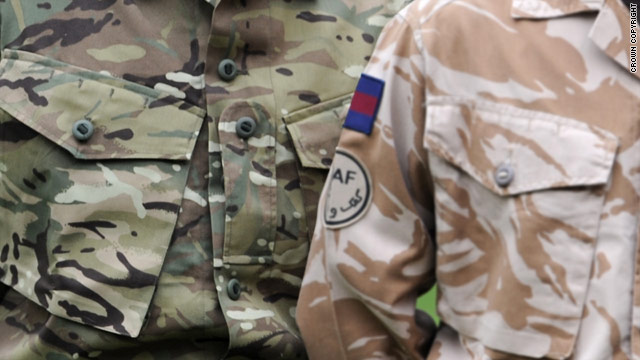 London, England (CNN) -- British troops will get new camouflage uniforms for the first time in more than 40 years, based on computer modeling of Afghanistan's terrain, the Ministry of Defence announced Sunday.

The "multi-terrain pattern," as the military has dubbed the new design, is the first new pattern from the Ministry of Defence since 1968, it said.

It is specifically designed with Afghanistan's Helmand province in mind, the ministry said in a statement. The British military have suffered heavy losses in the southern province this year. More than 100 British troops have died in Afghanistan in 2009, making it the deadliest for UK troops in many years.

"This new camouflage will help our troops blend into different environments in Helmand Province to stay hidden from the Taliban," Defence Secretary Bob Ainsworth said in a statement.

The project included aerial and scientific photography in Afghanistan "to provide the right colors and their brightness," the ministry said. "The colors were fed into a computer and computer modeling was used to represent the Green Zone, deserts and mixed environments in Afghanistan."

Uniforms in the new pattern will be issued to 4 Mechanised Brigade troops deploying to Afghanistan in March, the ministry said. It will then be introduced across all three services starting in 2011.