By Paul Starobin
Special to CNN

Editor's note: Paul Starobin is author of "After America: Narratives for the Next Global Age," recently published by Viking, a division of Penguin Group (USA) Inc. He served as Moscow bureau chief for Business Week from 1999-2003. 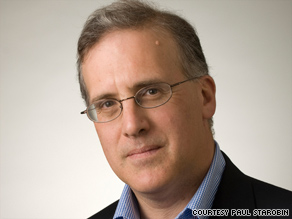 (CNN) -- Barack Obama often seems to have much of the planet at his feet in rapt attention to his every word.

But the president as global oracle is about to meet his stony match -- in the vast and barren place that proved a graveyard for Napoleon and that has an ingrained suspicion of foreigners as an abiding quality of its cultural DNA.

That place, of course, is Russia, which Obama plans to visit this month. The president will find a Kremlin amenable to doing business with him on traditional diplomatic matters like reducing nuclear weapons stockpiles, so long as Moscow is convinced the deal is an even one.

But if Obama, more ambitiously, hopes to win over the hearts of the Russian people -- along the lines of his recent Cairo address, pitched over the heads of the governments of the Islamic world and straight at their citizenry -- he can expect to leave disappointed.

The Russians, to start with, have never been all that enthralled with the Obama phenomenon. On the eve of his inauguration, a 17-nation poll conducted by the BBC World Service found that in every country except two, a majority of the people believed his presidency would lead to an improvement in relations between the United States and the rest of the world.

The two nations feeling otherwise were Russia and Japan. And a poll just released by the Levada Center in Moscow found that only 23 percent of Russians feel confident that Obama will "do the right thing in world affairs."

One reason for this attitude is that the Russians do not quite share Obama's sense of global priorities. For Obama, as for so much of the planet, global climate change is a serious and even urgent concern. But as the BBC poll found, this is not a priority for Russians, and neither is making peace between the Israelis and the Palestinians, another big agenda item for Obama and his allies.

A deeper reason for Russian skepticism of Obama, and of the Obama craze in general, goes to a core difference of temperament. Obama is prototypically American in his penchant for singing his political song in the key of optimism. For Russians, life tends to be lived in the bittersweet key of tragedy.

While the Russians are not gloomy pessimists -- they have a sardonic genius for finding a way to laugh through their tears -- they are skeptics on the distinctively American idea that history is all about progress. Experience, painful experience, has taught them otherwise.

Where Obama has a chance of making some headway is on the ripe question of America's intentions for operating in Russia's neighborhood -- in the territories of the former Soviet (and Tsarist) empire.

Many Russians believe, in a message reinforced by state media propaganda, that America has a strategic plan to keep Russia weak by propping up former Soviet republics and maintaining a permanent military presence along Russia's soft southern underbelly in Central Asia and the Caucasus, extending to Ukraine in the Black Sea area.

George W. Bush tried to persuade Western European countries to have NATO invite as new members a pair of ex-Soviet republics, Georgia and Ukraine. If Obama halts this dubious quest -- he hasn't revealed his hand -- he will mitigate a major source of Russian resentment.

For Russia, NATO spells USA. The alliance, in their mind, is a branch of the American global military empire. As they showed last summer, when they invaded Georgia, they are prepared to spill blood to keep Georgia, at least, from becoming a full-fledged member of any U.S.-led military grouping.

A similarly thorny issue awaits Obama on another matter left unresolved by his predecessor: the question of America's plan, hotly opposed by Russia, to construct a radar installation in the Czech Republic and deploy missile interceptors in Poland.

President Bush tried to persuade the Russians that this missile-defense shield was needed to protect Europe from a future Iranian nuclear threat. But as the Russians see it, not surprisingly, a shield also could be used to deny them their strategic nuclear deterrent -- and thus could leave them vulnerable to attack by a power like America.

The Obama administration is now sending signals that it is prepared to bargain with the Russians on a missile-defense plan -- one idea is to have the U.S. and the Russians collaborate on a joint system -- but so far, the Russians aren't going for this.

The two sides also appear to be at loggerheads on the hot new question of cyberspace security -- with Washington balking at Moscow's push for an international treaty to ban certain offensive measures that nations may take in fighting a cyber-war.

What the Russians, from the Kremlin on down, would really like to hear is that Washington is prepared to relinquish designs on any territory close to their borders and is indeed prepared to give Russia a free hand to police its regional neighborhood. Russia's dream is to be a great power in a multipolar world, not to be a second-tier nation in a world still run by the Americans.

But surely Obama will not say anything publicly that suggests acquiescence to Russia's ambition for a regional sphere of interest, 19th century style. For one thing, this message would smack of cynicism. Russia, under Vladimir Putin, has returned to its authoritarian ways.

Obama cannot call for democracy in Islamic societies while altogether ignoring its retreat in Russia. More generally, Americans, and American presidents, like to steer clear of the vocabulary of realpolitik, a language redolent of the Old Europe against which America decisively rebelled centuries ago.

The likelihood, then, is for stalemate in the contest between Obama's campaign for the hearts of the Russians and their demand to be free of American meddling in their old imperial stomping grounds.

The Russian people are probably not going to come away with a pronounced negative view of Obama -- he is acutely sensitive to cultural protocol wherever he goes and has yet to make a wrong step. But as for his global charm offensive -- this is where it comes to a halt.

The opinions expressed in this commentary are solely those of Paul Starobin.

All About Russia • Republic of Georgia • Vladimir Putin