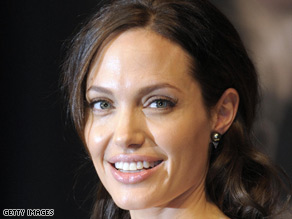 Jolie and actor Brad Pitt traveled to a refugee camp in northern Thailand on Wednesday in effort to draw international attention to what the U.N. has called "restricted" movement of roughly 111,000 refugees housed in nine camps along the Thai-Myanmar border, the statement said.

Jolie has spent several years as a goodwill ambassador for the U.N. High Commissioner for Refugees. She said her passion for helping refugees, whom she calls "the most vulnerable people in the world," was sparked in 2001 during visits to Cambodia."

A recent CNN investigation found evidence of the Thai army towing an apparent boatload of 190 Rohingya refugees -- a Muslim minority group from Myanmar -- out to sea, prompting Thai authorities to launch an investigation.

All About Angelina Jolie • Thailand