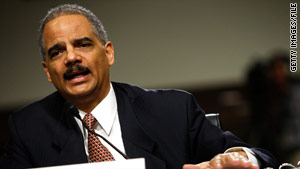 Washington (CNN) -- Thousands of American Indians would receive as much as $1,000 each if they accept a proposed $1.4 billion to settle a class-action lawsuit over government mismanagement of tribal lands.

The suit, filed in 1996, accused the U.S. Department of the Interior of failing to account for and provide revenue from a trust fund representing the value of Indian assets managed by the government.

As part of the settlement, the federal government would agree to establish a $2 billion program to buy small fractions of land to help sellers obtain value from ancestral property, which then would be held by tribal governments.

The missing funds at the center of the class-action case involve what are called Individual Indian Money accounts, which are supposed to represent the property of individual American Indians. The accounts are held by the United States as trustee.

A federal judge must approve the plan, and Congress would have to enact a bill to implement it.

At a Tuesday news conference, Interior Secretary Ken Salazar acknowledged the need for a "historical accounting for funds that the government held in trusts for Native Americans."

Attorney General Eric Holder, accompanying Salazar to announce the settlement proposal, said the deal addresses allegations "the government has mismanaged acres of land and millions of dollars that it holds in trust for Native Americans."

But one of the American Indians who filed the suit in 1996 suggested the years of litigation had simply worn them down.

"It's not fair," said Elouise Cobell, but "in the future we may be treated more fairly."

Cobell, a member of Montana's Blackfeet Indian tribe, said those who could benefit from the payments are getting old and dying off.

Pressing for a higher settlement figure would be tough, she said, since she "can't handle how the mismanagement of this trust has hurt people."

Cobell said many of those represented in the class-action suit "subsist in the direst poverty," and that the settlement is "significantly less than the full amount to which the Indians are owed."

Confirmation of a proposed settlement was a tightly kept secret ahead of the news conference at the Interior Department. Part of the reason may have been that the deal nearly fell through just hours earlier, according to an agency official.

"It's confidential," said Associate Attorney General Tom Perrelli in response to a reporter's question as to the sticking point.

News of the deal was buried in a statement released in advance from the Interior Department that mentioned "the Cobell settlement," as part of a broader plan being announced to address land ownership by Native Americans.

The group ownership of land by American Indians dates back more than 100 years before American Indians were permitted to write wills. As a result, the government says large parcels of tribal lands are held by owners with "miniscule interests" received from ancestors who conveyed the property to descendants as tenants-in-common.

Officials say the purchase project will allow individual landowners to receive greater value for their share, while cutting administrative costs for the federal government, which manages the Indian land trust.

Salazar said, "It is common to have hundreds -- even thousands -- of Indian owners for one parcel."

The initiative would consolidate ownership through purchases from willing sellers, and tribal governments would have control, according to a "fact sheet" put out ahead of the announcement.

Without the purchases, "Millions of acres of land will be owned in such small ownership interests that very few individual owners will ever derive any meaningful financial benefit from that ownership," the statement said.