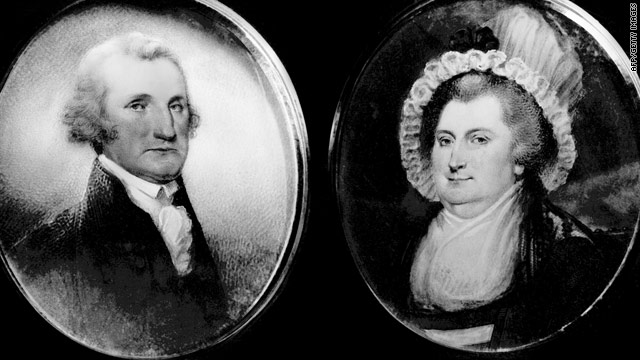 Miniatures of U.S. President George Washington and his wife Martha made in 1792 by Archibald Robertson.
STORY HIGHLIGHTS
RELATED TOPICS

NEW YORK (CNN) -- A letter penned by George Washington praising the new Constitution sold for $3.2 million at an auction, the highest price for a letter by America's first president.

The four-page letter in Washington's slanting penmanship was written to his nephew Bushrod Washington in November 1787, according to Christie's, the company that auctioned it.

It was in the possession of an unidentified British descendant of his family, Christie's said.

In the letter written from Washington's Virginia estate, Mount Vernon, he endorses the Constitution and highlights the benefits of compromise and of states merging into one nation.

"The central issues must be consolidated -- and local views as far as the general good will admit, must be attended to," he says in the letter, according to Christie's.

The company said the president confided in his nephew.

"Washington professed neutrality in public, but to Bushrod expressed his unequivocal conviction that the new Constitution must be ratified, in spite of opposition from many special-interest groups," Christie's said.

The buyer was not identified.

Christie's had earlier estimated that the letter would fetch $1.5 million to $2.5 million at Friday's auction.

Washington served from 1789 to 1797, then died of a throat infection two years later. He died at his beloved Mount Vernon at age 67, plunging the nation into months of mourning.

Last year, a 1864 letter in which President Abraham Lincoln replies to the abolitionist pleas of youth sold for $3.4 million.