Tiger Woods to be cited for SUV crash outside his home 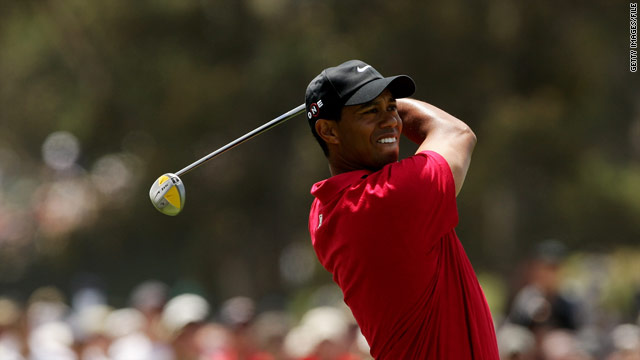 Tiger Woods hit a fire hydrant with his SUV early Friday near his home, according to a police report.
STORY HIGHLIGHTS

Orlando, Florida (CNN) -- Golfer Tiger Woods will be issued a careless driving citation for the crash outside his home last week, but he will not face criminal charges, the Florida Highway Patrol said Tuesday.

Woods, 33, struck a fire hydrant and a tree with his 2009 Cadillac SUV in his luxury neighborhood near Windermere, Florida, early Friday, police said.

Upon conviction of careless driving, a moving violation, Woods faces a $164 fine and four points on his license, Maj. Cindy Williams of the Florida Highway Patrol said.

"Mr. Woods' status in no way impacted our investigation or conclusion," Williams said. "The investigation has determined that Mr. Woods is at fault in the crash."

Woods satisfied the requirements of Florida law regarding motor vehicle accidents by providing his driver's license, registration and proof of insurance to authorities, Williams said.

"With the issuance of this citation, the Florida Highway Patrol has completed its investigation into this matter," she said.

There was insufficient evidence to request a subpoena for medical information in the case, said Sgt. Kim Montes, an FHP spokeswoman. There were no claims of domestic abuse.

Authorities have said they don't have details on why Woods was driving away from his home around 2:25 a.m. Friday. State troopers three times have asked to question him about the accident, but he has declined, the highway patrol has said. What do you think about the Tiger Woods saga?

Police have said the accident was not alcohol-related.

Woods canceled plans to attend the Chevron World Challenge in Southern California "due to injuries sustained in a one-car accident last week," according to a statement Monday from the golfer.

In a statement issued Sunday afternoon on his Web site, Woods offered no details of his accident except to say he had cuts and bruises and was "pretty sore."

Woods is a four-time winner of the tournament. A knee injury kept him from competing last year.

"I am extremely disappointed that I will not be at my tournament this week," Woods said. "I am certain it will be an outstanding event, and I'm very sorry that I can't be there."

People holding tickets for the event -- which runs Wednesday through Sunday -- can apply for full refunds starting next Monday, tournament officials said. Ticketholders who do not ask for refunds can get a 20 percent discount when buying 2010 tickets, they said.

The annual charity event, which Woods hosts in Thousand Oaks, California, is a major fundraiser for the Tiger Woods Foundation, but it was not immediately clear how much money it would lose because of Woods' cancellation.

Woods has won the Masters tournament and the PGA tournament four times each, as well as three U.S. Open Championships.

Last week, a story in the National Enquirer alleged that Woods has been seeing a New York nightclub hostess. The woman denied having an affair with Woods when contacted by The Associated Press.

The woman in question has retained Los Angeles lawyer Gloria Allred, who is know for handling high-profile cases, to represent her. Allred told CNN there were no immediate plans for a news conference, although she may soon release a written statement.

Windermere's mayor called on the news media to back away from the story, saying, "Our residents would like to put this behind us."

"It's time to move on," Mayor Gary Bruhn said. "Let the man recover if he is injured, and let him get back to his life, and let our residents get back to normalcy."

Woods' agent, Mark Steinberg, said the Florida Highway Patrol informed them that further discussion with them is both voluntary and optional.

"Although Tiger realizes that there is a great deal of public curiosity, it has been conveyed to FHP that he simply has nothing more to add and wishes to protect the privacy of his family."

Under Florida law, Woods is not obligated to give a statement about the crash. His attorney, Mark NeJame, handed over the required documents to the troopers Sunday at Woods' home, Montes said.

Investigators had sought possible surveillance tapes of the accident from neighbors, but none were found, she said.

In his statement, Woods praised his wife, Elin Nordegren, who he said "acted courageously when she saw I was hurt and in trouble."

Nordegren told police she used a golf club to break out the rear window of the vehicle, and then pulled Woods from the SUV after she heard the accident from inside their home.

But Woods said, "This is a private matter, and I want to keep it that way." And, he added, "The only person responsible for the accident is me."