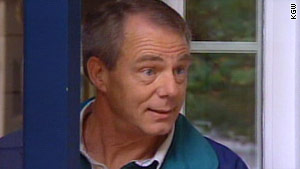 Co-pilot Richard Cole said Friday that he and the pilot weren't asleep and they weren't arguing during Wednesday's flight.
STORY HIGHLIGHTS

Washington (CNN) -- Federal investigators have interviewed the pilots of a Northwest Airlines flight that overshot the airport in Minneapolis, Minnesota, last week, a National Transportation Safety Board spokesman said on Sunday.

The NTSB also said that flight attendants might be interviewed on Monday, and that it would not release further information for now.

The Airbus 320 was over the Denver, Colorado, area when the radio silence began. Air traffic controllers re-established radio contact after the plane had flown about 150 miles past its destination.

Richard Cole, the co-pilot of the flight, told CNN affiliate KGW-TV on Friday that he and the pilot weren't asleep and they weren't arguing. But Cole, speaking from his home in Salem, Oregon, wouldn't say much more. He said an investigation will reveal what took place.

Police met the wayward jet after it landed and said the pilots were "cooperative, apologetic and appreciative."

The police report identified the pilot as Timothy B. Cheney and Cole as the first officer.

The NTSB is hoping the plane's cockpit voice recorder will either confirm the pilot's account or provide evidence of another possible explanation, including whether the captain and first officer had fallen asleep.

"There's a lot of misinterpretation going on," Cole said, though he declined to elaborate.

Meanwhile, the North American Aerospace Defense Command (NORAD) is reviewing procedures for launching fighter jets to track potentially hijacked or suspicious aircraft. This comes in the wake of a potential delay by the Federal Aviation Administration in notifying the military about the Northwest Airlines flight.

A senior U.S. official confirmed the review to CNN on Friday, but declined to be identified because both the military and FAA are reviewing the entire matter, including the timeline in which the FAA notified the U.S. military of a potential problem with the flight. The official is directly familiar with the timeline of the event.

The official confirmed that the FAA's request to NORAD for U.S. military involvement came after the plane passed Minneapolis. NORAD scrambled fighter jets at two locations. But as they approached the runway for takeoff, the FAA reported being back in contact with the Northwest flight. Fighter jets remained on the ground at that point.

"My real question is why we did not know of the 'radio out' situation from the FAA sooner -- the FAA is also looking into that," the official told CNN.

Since the September, 11, 2001, attacks, NORAD has regularly launched fighter jets to track aircraft in unusual situations, such as when they deviate from flight plans, lose radio contact or enter restricted airspace. According to a second defense official, NORAD is in constant contact with the FAA so it can respond when situations arise.