(CNN) -- The attorney for a man whose wife's wrong-way accident killed eight people on New York's Taconic Parkway in July says he will ask authorities to exhume her body to prove she wasn't drinking at the time of the accident. 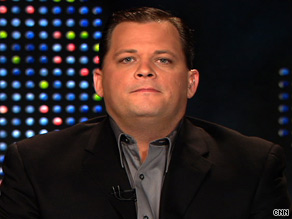 Dominic Barbera, attorney for Daniel Schuler, told CNN's "Larry King Live" he believes Diane Schuler may have suffered stroke-like symptoms and that a fire after the accident could have turned blood sugar into alcohol.

"I read from the medical autopsy report that there was charring of the body because there was a fire," Barbera said. "And I found -- my doctors found numerous cases where you can actually have sugar in the blood turn into alcohol."

Barbera said Schuler may have had a Transient Ischemic Attack, which produces stroke-like symptoms but no lasting damage.

The Westchester County medical examiner's office found that Schuler, 36, had a blood alcohol level of .19 percent -- more than twice the legal limit -- and had marijuana in her system when she drove a minivan the wrong way on the parkway and ran head-on into an SUV.

Three adults in the SUV were killed in the July 26 crash, as were Schuler and four children she was carrying in the minivan -- her daughter and three nieces. A fifth child, Schuler's son, survived.

But Daniel Schuler said he believed the report was wrong.

"I know the truth, what happened, with my wife," he said. "She is not an alcoholic and doesn't drink. She is an outstanding mother."

Barbera and Schuler said they wanted to have the body exhumed for further examinations to prove that the accident was not caused by a drunken driver.

Attorneys for the family of Daniel Luongo, 73, one of the victims in the SUV, rejected the Schuler family's contention.

"The scientific evidence indicates that Diane Schuler was intoxicated and under the influence of marijuana at the time of the crash," they said in a statement.

"Any claims denying her responsibility for this tragedy are wholly unsubstantiated, and the Luongo family finds these claims appalling, offensive and hurtful. They have lost a loved one to a senseless tragedy, and these claims do nothing but add insult to injury."

All About Diane Schuler