Red-light citation for driver who collided with Phelps car

(CNN) -- The driver who collided with a vehicle driven by Olympic swimmer Michael Phelps will be cited for failure to stop at a red light, police said Friday. 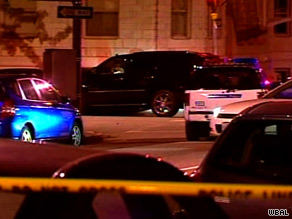 At the scene, he presented a Michigan driver's license, which police determined "was not valid," said Baltimore, Maryland, police spokesman Anthony Guglielmi.

Phelps was driving one of two vehicles that collided at an intersection about 9 p.m., Guglielmi said.

The female driver of the second vehicle was transported to a local hospital as a precaution, Guglielmi said. Phelps and his two passengers were uninjured.

Watch wrecked cars at the intersection »

Phelps won a record eight gold medals at the 2008 Olympic Games in Beijing, China. Earlier this year, he was suspended from organized competitive swimming after a photo of him holding a bong -- a device commonly used to smoke marijuana -- surfaced in February.

All About Michael Phelps