Feds to tour Michigan prison where Gitmo detainees could go 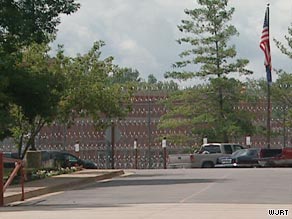 The prison in Standish, Michigan, is slated for closure but would stay open if Guantanamo detainees are sent there.

Among those who will check out the facility, the officials said, will be representatives from the departments of Defense and Homeland Security, the U.S. Marshals Service and the Bureau of Prisons.

One administration official stressed no decision has been made about where to relocate Guantanamo detainees. Multiple options are under consideration. That official added Thursday's visit is simply to gather information about the prison.

The prison in Standish is a maximum security facility slated for closure. Some local officials would like to see Guantanamo prisoners brought there as a way to keep the prison open and preserve jobs in an area with more than 20 percent unemployment.

Jerry Nelson, mayor pro tem of Standish, told CNN earlier this month that the area would lose 350 jobs if the prison closes.

"I think most people are for this," Nelson said. "Anything to keep the prison open."

"This local community has spoken loud and clear repeatedly," Brownback said in a news conference in Kansas this month. "They don't want the detainees here."

Administration officials have said they are looking at installations that could hold courtrooms for federal criminal trials as well as military commissions.

President Obama announced plans early in his presidency to close the U.S. military detention center at Guantanamo Bay by January. The center has 229 detainees.