From secret prisons to Guantanamo Bay

(CNN) -- In September of 2006, President Bush announced that 14 suspected terrorists who were being held in CIA custody had been transferred to the U.S. prison camp at Guantanamo Bay, Cuba. 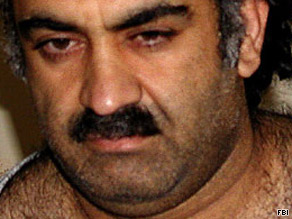 The men were to be tried before military tribunals.

U.S. officials have said the suspects are linked to terrorist plots -- both successful and thwarted.

During a news conference acknowledging the transfer of these prisoners, Bush told reporters what set them apart from other U.S. captives.

"These are dangerous men with unparalleled knowledge about terrorist networks and their plans for new attacks," said Bush.

He said "questioning the detainees in this program has given us information that has saved innocent lives by helping us stop new attacks -- here in the United States and across the world."

Bush said the prisoners would be questioned at the Guantanamo prison "subject to the new U.S. Army Field Manual" and "they will continue to be treated with the humanity that they denied others."

Although President Obama has promised to close the prison at Guantanamo Bay, prisoners there still face military tribunals.

One of the 14 men has been moved from Guantanamo to U.S. soil and is being tried in federal court.