WASHINGTON (CNN) -- A northwest Montana town where asbestos contamination has killed more than 200 people will get more than $130 million in cleanup and medical assistance from the Obama administration, the Environmental Protection Agency announced Wednesday. 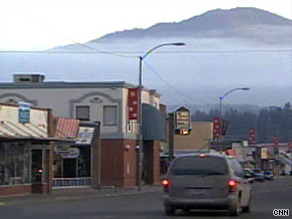 Libby, Montana, will get new help dealing with asbestos contamination.

The declaration is the first issued by the agency, which has grappled with the "toxic legacy" of a mine outside Libby, Montana, since 1999, Administrator Lisa Jackson said.

The town was heavily contaminated with asbestos-laced dust that federal prosecutors said resulted in more than 200 deaths and 1,000 illnesses.

"For decades, the disease and death rate from asbestosis in the Libby area was staggeringly high -- much higher than the national average," Jackson told reporters.

Not only did dust from the mine spread all over Libby and the neighboring town of Troy for decades, but tailings from the facility also were used as fill for driveways, gardens and playgrounds, she said.

"Literally no matter where these residents turned, they were being exposed yet again," Jackson said. She said the declaration "should be a reminder of the serious consequences of mismanaging hazardous material."

EPA spokeswoman Adora Andy said $6 million from the Department of Health and Human Services will go to local health care providers to screen, diagnose and treat asbestos-related illnesses, while $125 million will go toward cleaning up contaminated areas. The new commitment brings the total amount the EPA has designated for the Libby area to $333 million, she said.

The agency still needs to conduct "significant research" into the health effects of the type of asbestos that has been spread around town since the 1920s, she said, and does not yet know how many properties will need to be cleaned up.

During Jackson's confirmation hearing in January, Montana Sen. Max Baucus said the valley's 12,000 residents had been "hung out to dry" and pressed Jackson to review the issue. Wednesday, Baucus presented Jackson and Health and Human Services Secretary Kathleen Sebelius with a photo of one of his constituents, former miner Les Skramstad.

"He died, and others in Libby have died," said Baucus, a Democrat. "But the decision is the beginning of what needed to be done. It's the first time in American history that we've had this declaration, and I cannot think of a more fitting time and place for it than Libby, Montana."

Baucus is the former chairman of the Senate Environment and Public Works Committee and now leads the Finance Committee. He is a key architect of a still-being-drafted health care bill the Obama administration has said it wants to see pass this year.

The Libby operation began producing vermiculite -- a mineral often used in insulation -- in 1919. Dust from the plant covered patches of grass, dusted the tops of cars and drifted through the air in a hazy smoke that became a part of residents' daily lives.

But the product was contaminated with tremolite asbestos, a particularly toxic substance that has been linked to mesothelioma, a cancer that can attack the lining of the lungs, abdomen, or heart.

In May, a federal jury acquitted mine operator W.R. Grace and three of its former executives of criminal charges related to the contamination. Grace operated the facility from 1963 until it closed in 1990, and prosecutors argued that its executives knowingly released the substance and tried to hide the danger from the community.

Baucus said that despite the verdict, he still believes the company "knew it was contaminating the town."

"Regrettably, the trial did not conclude the way I thought that it should," he said.

There was no immediate response from the company to the senator's remarks. During the three-month trial, Grace did not deny that the asbestos came from its mine, but it said it acted responsibly to clean up the contamination. It also paid millions in medical bills for area residents, and agreed in 2008 to pay $250 million to reimburse the EPA for its cleanup efforts.