New Yorkers stuck with syrupy smell, but can breathe easy

NEW YORK (CNN) -- The source of a mysterious maple syrup-like smell that has periodically blanketed New York is not a particularly aromatic pancake house but a New Jersey factory involved in the processing of fenugreek seeds, Mayor Michael Bloomberg announced Thursday. 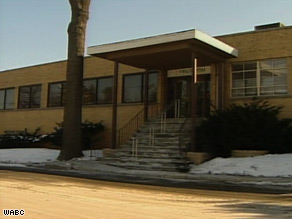 The source of New York's sweet aroma has been identified as the New Jersey food-flavoring company Frutarom.

The sweet aroma first descended upon Manhattan and northern New Jersey in October 2005, initially triggering several building evacuations as well as concern the scent was physically harmful. Authorities from the Office of Emergency Management soon concluded it posed no danger to the public.

The odor made several return appearances in subsequent years, each time confounding nostrils before vanishing as perplexingly as it arrived.

Comparing information about local wind speed, wind direction and air humidity against the locations of citizen complaints about the smell, officials from the city's Department of Environmental Protection narrowed down the potential source to four factories in northern New Jersey that produce food additives and fragrances.

Watch how the mystery was solved »

Last week, when several dozen residents of Upper Manhattan called to complain about the smell, the environmental department, having developed a new evidence gathering procedure, gathered air samples from each suspected source in canisters. Tests revealed the pungent perpetrator of that incident was a Hudson County facility owned by Frutarom, a company that develops and manufactures flavors for the food, fragrance and pharmaceutical industries.

The specific chemical agents responsible for the scent are esters, compounds "created by the reaction between an alcohol and an acid" during the processing of fenugreek seeds, according to Bloomberg.

Toasted fenugreek seeds are often used in the production of artificial syrups and in the cuisines of a number of cultures.

The mayor said New Jersey officials, who cooperated with New York in the investigation, had concluded that Frutorom had not violated any rules. He said New Yorkers will have to tolerate the syrup smell's occasional return, noting that it's a relatively benign odor.

"All things considered I can think of a lot of things worse than maple syrup," he said.

All About Michael Bloomberg • Manhattan