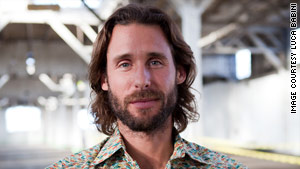 Editor's Note: David Mayer de Rothschild is the founder of Adventure Ecology -- an organization which promotes environmental causes. He is currently preparing to sail a 60-foot catamaran "Plastiki" -- made from recycled plastic bottles -- from San Francisco, U.S. to Sydney, Australia to raise awareness about the environment issues.

London, England (CNN) -- In the run up to what some individuals and media outlets are labeling "the meeting of Humanity's future" all eyes will be on the 12,000-15,000 official U.N. accredited participants as well as the army of activists, media, business representatives and even skeptics.

As they descend upon Copenhagen they will have to demonstrate their ability to convert this unprecedented momentum and heightened ambition into some kind of organizational framework.

It will function as a politically binding commitment with some bite to put us on track to achieve the now commonly touted and loosely agreed upon figure, to stop runway climate change, of 350 parts per million of atmospheric C02.

But regardless of how things unfold in Copenhagen there is at least one predictable outcome. Our current trajectory of inaction, unabated consumption of natural resources and unhealthy addiction to dirty energy won't result in a soft landing. Humanity is teetering on the edge of what I can best describe as a massive global systems failure.

Conventional wisdom places the indicators of success surrounding the COP15 meeting on gaining some political unity from the biggest emitters: China, the US, and the fastest growing of developing countries, India.

Their cooperation on emission levels, technology transference, enforcement and financing is the signal everyone seems to be waiting for. However in the last few weeks against this generally held belief, and many of my colleagues' shared optimism, my confidence in this path and these "indicators of success" has started to wane.

This shift in thinking might be born out of my shear frustration with the futile bickering over how environmental challenges are being framed and positioned within political debates. It's a process that for the most part has dangerously narrowed the symptoms to that of just energy and CO2!

...the pendulum appears to be swinging in the direction of individual grass roots movements
--David de Rothschild

What this flagrantly disregards is an ever-increasing population with a veracious appetite for growth and a vastly diminishing resource base. Any agenda that does not acknowledge those issues is not all comprehensive. In other words, we are fundamentally moving from an era of resource abundance to an era of resource scarcity.

Let's pretend for a second that a legally binding treaty was to emerge from Copenhagen. Getting it ratified and implemented before the Kyoto protocol runs out at the end of 2012 is going to be a monumental task. Even if we miraculously began to see a stabilization and reduction of greenhouse gasses, there is no denying that we are locked into a significant amount of warming, which will require serious adaptation.

But that leaves us begging the question, how do we move forward without having the institutions and processes in place?

I've become re-energized by what could turn out to be the most exciting and significant aspect of Copenhagen -- the people power revolution.

In the last 12 months a global movement of concerned citizens, NGOs, environmentalists, think tanks and specialist advocacy groups have all spawned numerous campaigns, educational outreach programs and direct action. It's happening with such force that the pendulum appears to be swinging in the direction of individual grass roots movements.

It seems the people power movement is back in the driving seat. And we might be better placed to focus on supporting the grass roots doers who are already testing innovative new models of sustainability that demonstrate a capacity for real world efficacy.

It's a type of action approach that could bring us closer to a necessary tipping point. With our combined efforts we have an opportunity to compel the powers that be to sit up and realize that accountability -- a word so absent from modern politics -- should be back on the agenda.

When we look back in years to come, we may view 2009 as the birth of a new age and the start of a new system of open source change makers. People who proved that redirecting our energies towards a more decentralized and highly networked movement could be more resilient, adaptable, creative, and ultimately more sustainable.

In Copenhagen we may not get the deal we're all hoping for. But in the sliver of time we have left, if we rally around the idea that nobody is as smart as everybody, we can collectively achieve something monumental; and the politicians can catch up in due course.