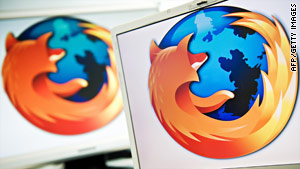 (CNET) -- Mozilla won't make a 2009 deadline for releasing Firefox 3.6 and is giving itself more time to complete a major update, version 4.0.

The organization behind the open-source Web browser had predicted a final release of Firefox 3.6 in December 2009, but the Mozilla Web site now includes "ship Firefox 3.6" as a goal for the first quarter of 2010.

Schedule delays are common in the software world, but browser development is furious these days with the arrival of Google's Chrome into the market, Apple helping to expand the frontiers of what the browser can do, Opera trying to dramatically speed up JavaScript execution and display performance, and Microsoft getting more ambitious again with Internet Explorer.

"We've always been more quality-driven than time-driven, but we understand timing in the market matters to our users and our competitiveness," said Mike Shaver, Mozilla's vice president of engineering, in an October interview.

There's a lot on tap for Firefox, though. The big new feature in version 3.6 is incorporation of the Personas plug-in that lets people easily customize the browser's appearance, though behind the scenes there's also been work to speed up the browser's launch time, improve security, and make some other changes.

Mozilla has release five beta versions so far but not the release candidate that signals that work is nearly done; Mozilla programmers are "done with all blockers," bugs or other problems that stand in the way of a release, according to Mozilla's Web site.

So what exactly is coming next for Firefox?

For version 3.7, Mozilla plans several changes. One goal is better performance, for example with a 25 percent reduction in start-up time on Windows. Another is incorporation of Jetpack (now up to version 0.7), an interface for plug-ins that are easier to write, install, and upgrade.

To get quick access to sites that have been bookmarked or previously visited, Firefox already lets people type text into the "awesome bar," formally but hardly ever actually called the smart location bar.

Soon to arrive in test versions of Firefox will be a new ability called tab matching that lets people get access also to Web sites already open in other tabs.

That should help isolate problems with Adobe Systems' Flash plug-in, for example, that previously crashed the whole browser. However, the initial work only is for Windows and Linux, not Mac OS X.

Another likely addition will be Weave, a plug-in that synchronizes bookmarks, passwords, plug-ins, and open tabs across different instances of Firefox. Weave integration is scheduled for the first quarter of 2010.

For version 4.0, expect deeper changes in Electrolysis to split each browser tabs into a separate process, too. And version 4.0 should get significant user interface changes.

In earlier planning, Mozilla had expected to mimic some of Chrome's design, with tabs across the top of the browser and a location bar below and a menu bar replaced by some drop-down menu buttons that take up less room.

Now, in a refresh of the Firefox 4.0 look, Mozilla designer Stephen Horlander introduced a new way to replace the menu bar, the Firefox app button.

Mozilla is toying with a variety of Firefox app button options.

In Mozilla's first attempt to replace the menu bar, "we were informed by how Safari and Chrome had handled this problem by paring down all menu items into two separate Page and Tools buttons. This approach has a few advantages but also some disadvantages. The new proposed approach to this problem is an App Button which is similar to the single menu approach taken by Windows 7 native applications (Paint, WordPad) and by MS Office," Horlander said in a blog post.