Melissa Rycroft marries her own bachelor 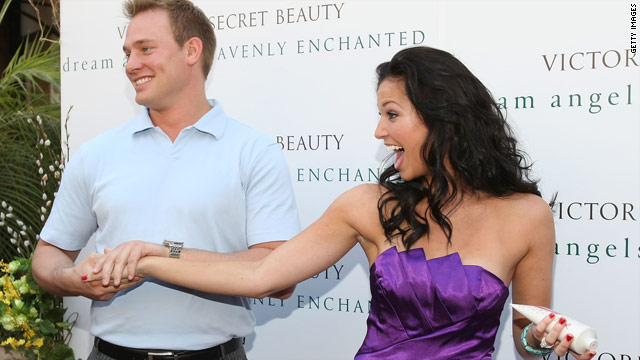 (PEOPLE.com) -- Saturday was the big day for "Bachelor" and "Dancing with the Stars" contestant Melissa Rycroft, who tied the knot with her fiancé, insurance agent Tye Strickland, in Mexico on Saturday, PEOPLE has learned.

The couple, who met three years ago in their hometown Dallas, got engaged in June, less than four months after Rycroft was jilted on national television by "Bachelor" star Jason Mesnick.

"I'm really happy for her," Mesnick told PEOPLE. "This whole journey took her to a place where things looked like they were down for her. But then she ended up with the person she was meant to be with. That's what life's all about. I couldn't be happier for her."

Indeed, after what looked like a downer season of "The Bachelor", it turns out that Mesnick and his top three choices on the dating show all found love in 2009. After splitting with Rycroft, Mesnick began dating runner-up Molly Malaney. The two became engaged last October in New Zealand.

Then second runner-up, Jillian Harris, starred on "The Bachelorette." She and Chicago, Illinois software consultant Ed Swiderski got engaged on the season finale last May and are now living together in Chicago.

Rycroft, 26, and Strickland, 28, were previously a couple but split shortly before she left to be a contestant on "The Bachelor" last year. The couple rekindled in January, Rycroft told PEOPLE.

"Tye and I picked right back up," Rycroft said shortly after getting engaged. "He's my best friend."

Rycroft wore an Alfred Angelo gown at the south-of-the-border nuptials, which was attended by family and close friends.

"We want to have it be as fun and relaxing as possible for our families," Rycroft said last summer as she and Strickland planned for the big day. "I just want it to be fun and a day everyone will remember. Tye is my true love."