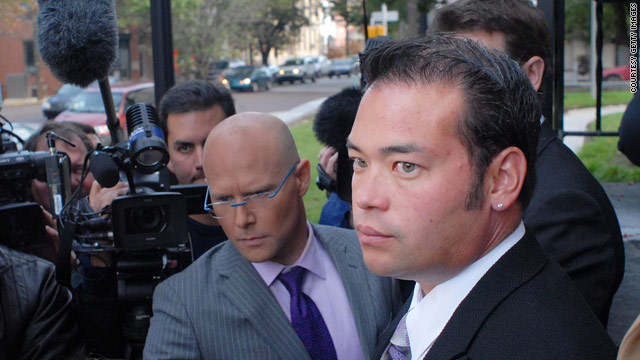 A judge in Maryland on Thursday ruled in favor of TLC, granting a preliminary injunction ordering the reality TV dad to stop making appearances, according to the Associated Press.

The cable network argued that Gosselin's paid and unpaid media appearances -- including hosting a party in Las Vegas -- violated his contract with the network.

A trial in the case has been set for April 19.

TLC issued a statement saying they were "pleased" with the ruling.

"The Court has validated our view that Mr. Gosselin has a valid, binding contract and that he has breached it repeatedly. Step one -- getting the court to order Mr. Gosselin to comply with his contractual obligations -- has been accomplished," TLC said. "Any further breaches going forward will be violations of a court order. We look forward to the next phase of the litigation, which is to pursue our claim for damages resulting from Mr. Gosselin's numerous breaches."

The star of "Jon and Kate Plus 8" was a no-show at the hearing, but his attorney Mark Heller has vehemently denied the reality dad has done anything wrong, calling TLC's suit as "baseless action."

Gosselin's attorneys did not present any evidence at the hearing.