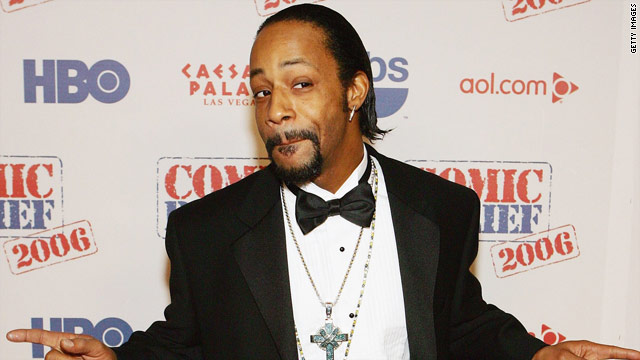 Atlanta, Georgia (CNN) -- Comedian Katt Williams was released from jail on $40,000 bond after being arrested and accused of breaking into a rural Georgia home with a crowbar.

The house, on a horse farm in west Georgia, is owned by record producer Barry Hankerson, according to a police report of the incident. But Briggs said Williams was a guest at the home, and has been living there for nearly a month while filming a movie produced by Hankerson.

Williams was arrested early Monday after an employee of Hankerson's -- Daniel Paul Broach -- called police and reported Williams had broken into the home with a crowbar, the police report said. A county magistrate set bail at $40,000 in a hearing Monday afternoon.

The police report said about $3,500 in jewelry and collectible coins had been stolen. Williams' lawyer said "we absolutely deny" involvement in any theft.

"Mr. Williams wears more than that in jewelry on his person," Briggs said Monday.

Briggs said that Williams had argued with the employee, prompting the burglary report.

Hankerson spoke with investigators Monday afternoon to assure them that Williams had his permission to stay indefinitely in the home he was accused of burglarizing, Briggs said.

"The community and law enforcement have been very welcoming and kind to him," said Alan Clarke, a Georgia attorney who represented Williams in court Monday. "This is a misunderstanding which will work out quickly."

Williams smiled broadly while posing for a mug shot photo at the jail.

He has acted in several movies -- including Eddie Murphy's "Norbit" -- and he is the voice of popular cartoons, including "The Boondocks."

His most recent CD release is "It's Pimpin' Pimpin,' " according to his Web site.

Williams was hospitalized in South Carolina in November 2008. His publicist at the time said it was for fatigue following a grueling road tour.