Jason Derulo: The man behind the hit 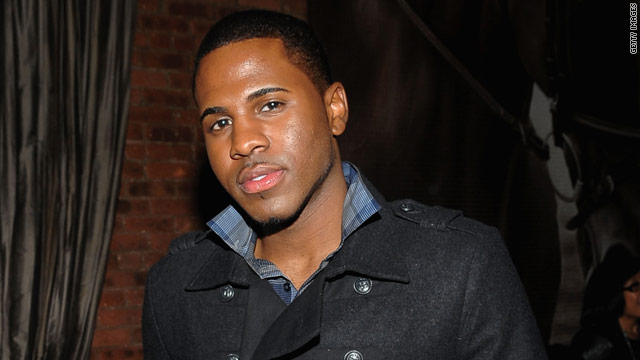 (CNN) -- If Jason Derulo hadn't been cut from his junior high basketball team he probably wouldn't have a single that hit No. 1 on the Billboard music charts this year.

But Derulo did get cut from that team, and while he worked on his game at his neighborhood basketball court in Miramar, Florida, he met Frank Harris, then a law student who had played hoops in Europe.

Harris promised to help Derulo, now 20, improve his game -- and through a decadelong friendship that began with layups and drills, Harris recognized a musical talent in the smart, sassy teenager.

"Frank just kept beating me on the courts and finally I said to him, 'Basketball isn't my thing anyway, I'm a singer,' " Derulo said.

Harris admitted that he was skeptical of the 12-year-old at first.

"He said he was a singer and I was like, 'Uh huh, cool. This kid is probably in the chorus of his high school or something.' But then he sang and I realized he really had something, so I told him we would keep working on his basketball and I would talk to some people I knew in the music industry from New York," Harris said.

Over the next several years, Harris worked his contacts in the music industry while Derulo finished high school, until the law school student and junior high ballplayer officially became manager and artist.

Derulo's first single, "Whatcha Say," is in heavy rotation on radio stations around the country. It debuted at No. 54 on the Billboard Hot 100 in August and hit No. 1 on the charts in November. The digital single has sold more than 2.1 million copies.

The single that describes a cheating boyfriend begging for his girlfriend's forgiveness couldn't have been released at a better time than this year, amid high-profile infidelity scandals involving South Carolina Gov. Mark Sanford, late-night talk show host David Letterman, and finally the media maelstrom that is the Tiger Woods story.

"I actually paid Tiger Woods to do what he did -- it was all planned," Derulo joked about the timeliness of the song. "But it was my brother who inspired it. He cheated on his girl and I told him, 'You gotta beg for your love back. You messed up.' "

By the time Derulo was 16, Frank Harris had gotten him connected enough to start penning songs for music industry leaders like Sean Combs, Lil Wayne, Danity Kane and Donnie Klang. But what Derulo really wanted was to be an artist in his own right. After a few years of writing other people's songs, music producer J.R. Rotem finally gave him that chance.

Derulo now stands at a crucial point in his career. He will be joining the ubiquitous rising queen of pop, Lady Gaga, on her "Monster Ball" tour this month. In 2010 he will star as himself in the MTV dance movie, "Turn the Beat Around," which features a young cast of up-and-coming singers, dancers and actors.

Derulo may have gotten his start penning music for hip-hop and R&B heavy hitters, but his goal, he says, is to not be pigeonholed as the typical African-American artist.