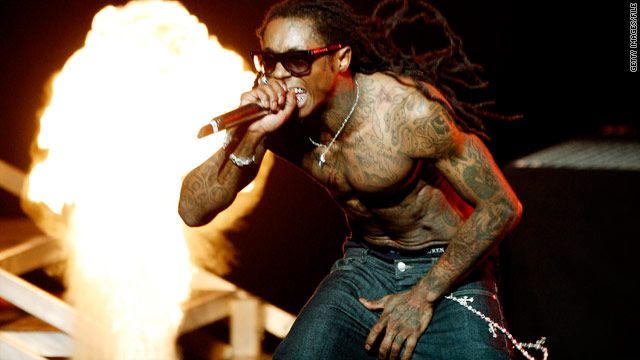 Lil Wayne, the best-selling artist of 2008, was detained in Laredo, Texas, after a concert.
STORY HIGHLIGHTS
RELATED TOPICS

(CNN) -- Rapper Lil Wayne was detained by U.S. Border Patrol agents in Texas on Friday after authorities found marijuana on two of his tour buses.

The marijuana on the buses was detected by a drug dog, said Agent Joe Trevino. The rapper, whose real name is DeWayne Michael Carter, Jr., was among a dozen being detained from his group. They were later released.

Trevino said the buses were en route to Laredo, Texas, from a concert stop in Hidalgo.

The case has been referred to the Brooks County Sheriff's Office.

Calls to Carter's representatives were not immediately returned Friday.

The Louisiana native was the 2008 best-selling artist, with 2.8 million records sold, and is signed to Cash Money Records.

The rapper is scheduled to begin a prison sentence in February stemming from gun charges in New York.