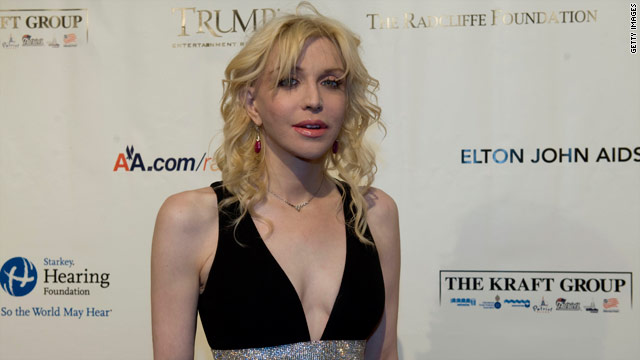 According to legal documents originally obtained by TMZ.com, the court has appointed Kurt Cobain's mother, Wendy O'Connor, and his sister, Kimberly Dawn Cobain, to watch over the minor.

Geraldine Wyle, an attorney for O'Connor and Cobain, confirmed to CNN that an order of temporary guardianship has been granted to her clients and said the issue was a "private family matter."

A court hearing has been scheduled on the issue for February 10.

This is not the first time that Love has been in court to discuss issues within her family.

In 2003, Frances Bean was temporarily placed under the care of O'Connor after Love was arrested and accused in an attempted break-in at an ex-boyfriend's home, overdosed on painkillers and made a suicide threat. Love admitted a misdemeanor charge of being under the influence of a controlled substance. She regained custody in 2005.

"Life is about choices," Love said in 2005. "And I've chosen to move forward with my life in a healthy and positive way."

Frances Bean, who turns 18 in August, told Harper's Bazaar magazine last year that she doesn't want to live in the shadow of her famous parents forever.

"I get it, I really do," she said. "But at the same time it's creepy. These people are fascinated by me, but I haven't done anything. If you're a big Nirvana fan, a big Hole fan, then I understand why you would want to get to know me, but I'm not my parents."