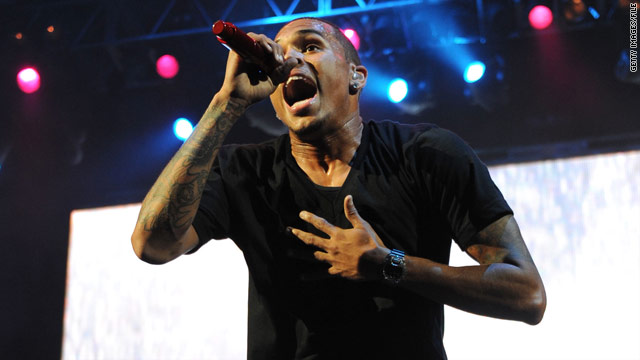 Chris Brown thanked his fans "for all the support" before his account on Twitter was deleted.
STORY HIGHLIGHTS
RELATED TOPICS

(CNN) -- Days after Chris Brown took to his Twitter page accusing stores of "blackballing" his new album, "Graffiti," the singer's account was deleted after he left a final message to his fans.

Over the weekend, Brown went on a tirade after he visited a Wal-Mart store in Connecticut and didn't see his album on shelves.

"The didnt even have my album in the back ... not on shelves, saw for myself," he tweeted.

Brown said he spoke to the manager, who had no answers.

"the manager told me that when there are new releases its mandatory to put em on the shelves. BUT NO SIGN OF #GRAFFITI. BS," he tweeted.

He continued to say that Alicia Keys' new album was stocked and ready for release, though it wasn't due out until Tuesday.

Fans began instantly replying with unverified stories about their attempts to buy Brown's CD. The singer began retweeting, or forwarding the tweets out, some of which claimed when fans asked when the shelves would be restocked they were told "never," and allegations that managers said they didn't support "woman-beaters."

News of his outrage spread quickly and many media outlets began reporting on his complaints.

Brown began using Twitter as a way to connect to his fans after he pleaded guilty and was sentenced for beating his then-girlfriend Rihanna.

Whether it was an attempt to garner favorable public relations in the wake of an image-shattering event or just a late adaptation to the microblogging craze, Brown had spent the months after the incident using his Twitter account to reach and connect with 172,366 followers.

He tweeted regularly thanking his fans for their continued support and sounding off after concerts.

It was unclear what specifically sparked Brown to delete his account, named "mechanicaldummy," He had started the day with a normal "good morning" message to his fans.