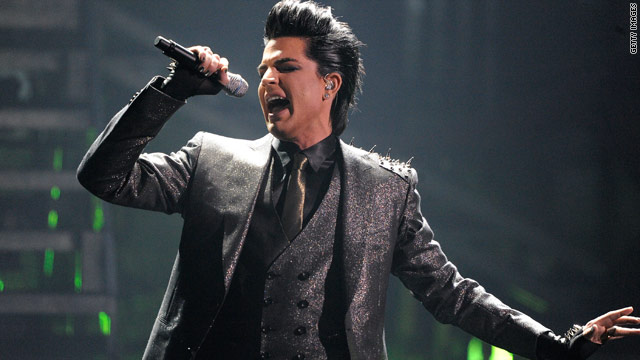 (People.com) -- As far as ABC is concerned, the controversy surrounding Adam Lambert still hasn't cooled down enough for him to be handled. For the second time, the network has cancelled an appearance by the onetime American Idol favorite.

"Yes, sadly friends, ABC has canceled my appearances on Kimmel and NYE," Lambert, 27, wrote on his Twitter account. ":( don't blame them. It's the FCC heat."

The singer's racy American Music Awards performance earned the FCC and the network thousands of complaints from viewers who thought his homoerotic gyrations inappropriate for TV.

ABC quickly nixed an appearance on "Good Morning America," saying his stage style was not suited for a morning show -- a move Lambert took in good humor.

As for the latest snub from ABC, he was still grinning and baring it -- and looking forward to a gig on NBC and New Year's possibilities.

"I AM doing Leno though. And lookin into something for NYE," he Tweeted. "It'll all blow over. Let's focus on being positive! :)"

At this point, the openly gay "American Idol" star, who hasn't waded into the charges that ABC is caving into homophobia, probably doesn't want to hear advice from British actor Rupert Everett, who told the British newspaper The Observer that he wishes he'd never come out.

He adds: "Honestly, I would not advise any actor necessarily, if he was really thinking of his career, to come out."