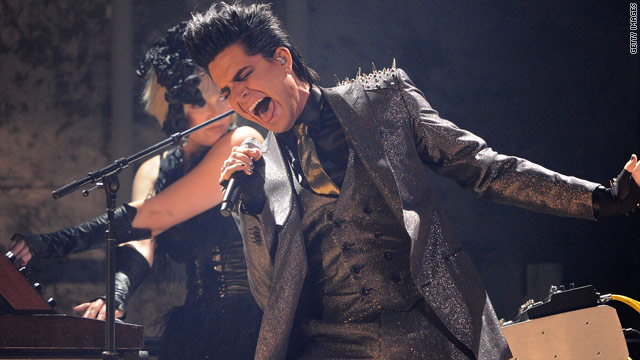 ABC was flooded with more than 1,500 complaints, and the network sent an e-mail to potential concert goers letting them know that Lambert would not be performing on Wednesday.

"Given Adam Lambert's controversial live performance on the AMAs, we were concerned about airing a similar concert so early in the morning," a spokesperson for the network said.

"The Early Show" on rival network CBS was quick to announce that they have booked Lambert to perform and discuss the controversy on Wednesday morning.

Video: Adam Lambert does his thing

Video: Lambert: 'I had fun'

The Parents Television Council, a Media watchdog group, also attacked the show as vulgar and urged its members on Monday to contact ABC, Dick Clark Productions and the show's advertisers with complaints about the content.

Melissa Henson, director of communications and public education for the PTC, said the council wasn't concerned about Lambert's gay kiss. Its issue and focus are on the simulated oral sex, she said.

"The gender has nothing to do with it," Henson said. "It would be true if it had been a woman's face that was thrust into his crotch."

Henson also noted that this is not an anti-Adam Lambert campaign and said the council would have had no problem with Lambert performing live on "Good Morning America."

"As long as he keeps it clean," Henson said.