Michael Jackson will from 2002 located

LOS ANGELES, California (CNN) -- A will from Michael Jackson written in 2002 has been located, but it may be one of several, the Jackson family lawyer said Tuesday. 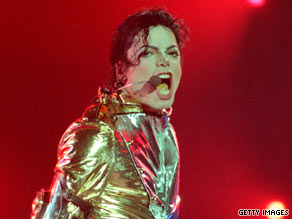 Though a 2002 Michael Jackson will has been located, the family's lawyer says there may be others.

"We need a certain amount of time to look at that," lawyer Londell McMillan said, referring to whether other wills exist. "I don't personally know, but it's possible."