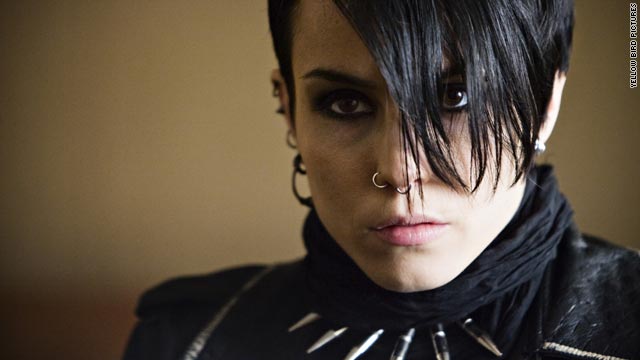 London, England (CNN) -- A Hollywood remake is in the works for Stieg Larsson's international best-selling book "The Girl with the Dragon Tattoo."

Now producers are hoping a star-powered English-language adaptation can turn the already successful Swedish adaptations of the "Millennium" trilogy into a truly global phenomenon.

"The English-language films will be a more international story than the Swedish ones," said Mikael Walleen, Managing Director of Yellow Bird Pictures, the company producing the original Swedish adaptations.

Larsson's award-winning crime novels, epic tales of corporate trickery that span continents, were published after his death and quickly gained popularity and a huge readership across many countries.

"[The film is] big in major parts of Europe, but can be much bigger in Asia and Latin America, and all the parts of the world where the book hasn't been released." Walleen told CNN.

Larsson's crime-thriller series has sold an estimated 22 million copies worldwide since it was first published in 2005, publisher Random House said.

Walleen said Sony Pictures is currently in final negotiations for the rights to option the "Millennium" trilogy, starting with a film of "The Girl With The Dragon Tattoo," and following up its sequels "The Girl Who Played With Fire" and "The Girl Who Kicked the Hornets' Nest."

"We will start from the books and try to make an English-language story based on the books, not based on our Swedish version of the film," said Walleen.

"The Girl with the Dragon Tattoo" follows the lives of characters Mikael Blomkvist, a disgraced financial journalist, and Lisbeth Salander, a genius social misfit, as they work together to solve a creepy, cold case murder.

It's big in major parts of Europe, but can be much bigger in Asia and Latin America, and all the parts of the world where the book hasn't been released
--Mikael Walleen, Managing Director of Yellow Bird Pictures

"She wasn't known to the public and that made it easier for people to think she was the real Lisbeth," said Walleen.

Rapace, who earned a European Movie Award nomination for the role, told CNN her sudden stardom is "complicated."

"Of course it's a good thing to be famous, so people know you and people maybe want to work with you, hopefully. But there's another side of it where everybody knows you, on the street and in stores and in the schools and so on," she said. "It has changed my life."

"She's quite special and quite young," said Walleen, describing Lisbeth. "It may be hard to cast an actress that's too famous in that role."

"If Sony invests a lot of money though, it's also quite probable that they will want to have a well-known actress," for the English version too, Walleen speculated.

Academy Award-winner Scott Rudin, who is behind several successful adaptations including "No Country for Old Men," helped broker the deal. Academy-award winning writer Steven Zaillian, who wrote "Schindler's List," is in talks to pen the screenplay.

The Swedish adaptations -- "Dragon Tattoo" and "The Girl Who Played With Fire" have been released so far -- quickly became international hits in Europe.

Since "Men Who Hate Women" was released in the Nordic countries in February 2009 more than 7.4 million people have seen now seen it across Europe, according to Yellow Bird.