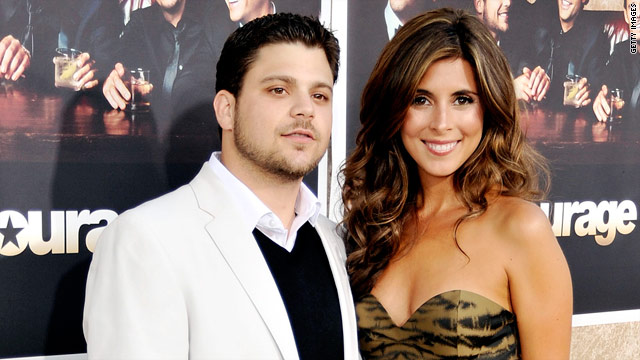 The "Entourage" couple calls it quits in real life in similar fashion to their on screen personas.
STORY HIGHLIGHTS
RELATED TOPICS

Sigler, 28, and Ferrara, 30, met on the Entourage set in 2008 when Sigler joined the HBO comedy as a guest star -- playing the on-screen love interest of Ferrara's character, Turtle. They soon became a couple in real life, too.

"They're busy with their careers, and she in particular has a couple of movies out in 2010, and others in the works for 2011, so it's just tough," a source who knows the couple told PEOPLE.

"It's ironic, because in the recent season finale of 'Entourage,' Jamie tells Turtle that she has to go to New Zealand to shoot a movie, and it causes problems, so it's ironic but that's what their lives are like."

Most recently, she's been seen in the ABC sitcom "Ugly Betty."