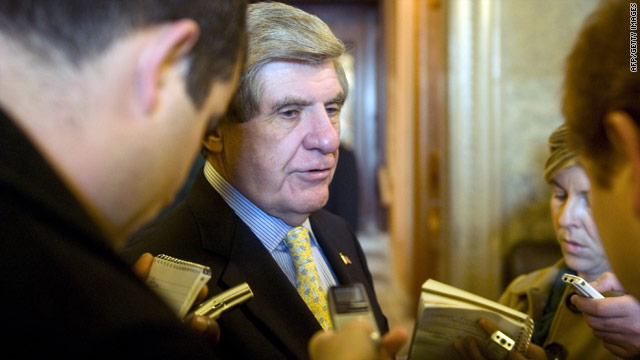 (CNN) -- Democrats call it compromise. Republicans call it bribery. But both sides agree that special deals are why the Senate is on track to pass a health care bill by Christmas.

It wasn't clear whether Senate Majority Leader Harry Reid had the support needed to move ahead with his chamber's health care bill until Sen. Ben Nelson, the last Democratic holdout, had a change of heart this weekend.

He agreed to support the bill in return for compromise language on federal funding for abortion and more money for his home state of Nebraska.

As a part of the deal, the federal government will pay 100 percent of Nebraska's tab indefinitely for expanding Medicaid for low-income Americans.

Despite the benefit for his state, Nelson's fellow Nebraskan, Republican Sen. Mike Johanns, was not pleased.

"There should be no special deals, no carve-outs for anyone in this health care bill; not for states, not for insurance companies, not for individual senators," he said.

"All of the special deals should be removed. If the bill cannot pass without carve-outs, what further evidence is needed that it is bad policy," he said.

Reid, however, had no qualms about the sweeteners.

"If you will read the bill ... you will find a number of states are treated differently than other states. That's what legislation is all about: compromise," he said. "We worked on different things to get a number of people's votes."

Sen. Bernie Sanders, I-Vermont, is another lawmaker who benefited from the art of compromise. When party leaders dropped the public option, Sanders said he was unsure if he'd vote for the bill.

But after his home state got some extra help for Medicaid, and Democrats gave $10 billion to his pet project -- community health centers nationwide -- Sanders decided to vote in favor of the bill.

It wasn't just the holdouts who got special deals. Leading Democrats also added provisions aimed at helping themselves back home.

Sen. Chris Dodd's vote was never in doubt, but the Connecticut Democrat facing a tough re-election battle buried $100 million in the measure for a new hospital. Other states can compete for it, but he put it in hoping that Connecticut gets the hospital.

"This isn't about just my state, although my state is very interested," he said.

If they don't have something in it important to them, then it's -- [it] doesn't speak well of them.
--Senate Majority Leader Harry Reid
RELATED TOPICS

Other perks include extra Medicare funds for states like Montana, North Dakota and South Dakota.

Although the Senate bill is on track for final passage on Christmas Eve, Republican Sen. Lindsey Graham said, "This is far from over.

"'Change you can believe in,' after this health care bill debacle, has now becoming an empty slogan. And it's really been replaced by seedy Chicago politics, when you think about it, backroom deals that amount to bribes," he said on CNN's "State of the Union."

But no party holds ownership of the art of backroom deals, and Reid says those who missed out on the perks can blame themselves.

CNN's Dana Bash and Kristi Keck contributed to this report.