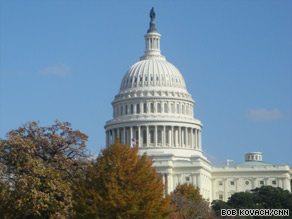 Lobbyists are hitting the Capitol to schmooze lawmakers.