Toobin: Obama likely to pick a woman for Souter seat

(CNN) -- U.S. Supreme Court Justice David Souter plans to retire after more than 18 years on the high court. He said Friday in a letter to the White House that he will leave the court after the current session ends in June. 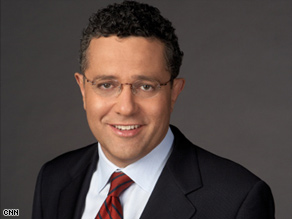 Jeffrey Toobin says retiring justices like to be succeeded by people who will sustain their view of the law.

Souter's departure gives President Obama his first chance to fill a vacancy on the Supreme Court.

Heidi Collins: So we're wondering how much of a surprise this really is because it has been 18 years, but with respect to other justices, they serve for a lifetime.

Jeffrey Toobin: Right, David Souter is not very old by the standards [of the court]. He's 69. John Paul Stevens, who is still going strong, is 20 years older than David Souter. He's 89 years old, but he has given no indications of wanting to retire.

But among those of us who follow the court, this is not a particular surprise because Souter has never enjoyed living in Washington. He served on the court for 18 years. He's been a judge for decades, and I think he's just had enough, and he wants to do something else for the remainder of his life, and I think he can hardly be blamed for that.

Collins: That being said though, it's interesting to try and figure out, and I know it's a very speculative, but people are talking. Certainly we have been reading in The Washington Post anyway that, yes, he says he never liked Washington, doesn't really want to be there. So is this a personal decision, or is this a political one because he also said, according to The Washingon Post, that if Obama wins, I'll be the first one to retire?

Toobin: Oh, absolutely. Justices pay a great deal of attention to which president it is who will be appointing their successor because they want the values that they have embodied on the court to be extended, to be ratified, and Souter, even though he was appointed by the first President Bush, is someone who has definitely become part of the liberal quartet on the Supreme Court. ...

He will be succeeded by someone whose politics are very similar to his. So -- if President Bush had replaced David Souter, it would have been a very different justice. So Souter ... waited until there's a president who's politically congenial to him, and he's got one now and he's out the door.

Collins: What do you think Souter's legacy will be?

Toobin: Well, you know, he was a liberal in conservative times, so he did not have the chance to shape a great deal of the law. Interestingly, one of his most successful opinions was in the Grokster file-sharing case about file-sharing on the Internet.

This from a guy who doesn't use a computer, who doesn't have a cell phone, who doesn't type his opinions. Yet he was sufficiently well-versed in how file-sharing works on the Internet that he wrote an opinion that was very well-received by everyone in the legal community, liberal and conservative alike. I think that's going to be one of the opinions he's proudest of.

Collins: So here is the deal. We brought you here today because we want you to pick, of course, who his replacement is going to be. Who is it?

Toobin: That's what everybody wants to know, including, unfortunately, me, so i don't really know for sure. There's not a clear front-runner. I think it is likely that President Obama will pick a woman. There's only one woman on the Supreme Court. The legal profession is now almost half women, more than half the law students in America are women. It does seem a weird imbalance that there is only one justice.

Who will it be? Well, there are really two routes he could go. He could go the traditional route which is to pick a sitting judge, someone like Sonia Sotomayor. She would be the first Hispanic justice. That would be one possibility. But he could also go to a different tradition, which is picking a public official, picking a politician.

He could pick, for example, Janet Napolitano, who is now the secretary of Homeland Security, but formerly governor of Arizona, attorney general of Arizona, United States attorney in Arizona. Someone with a broader, not just a legal, perspective. So those two routes are definitely a decision he's going to have to make before he decides which person it is.