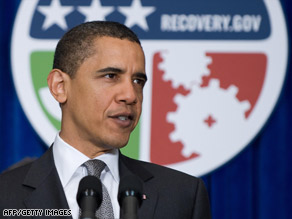 U.S. President Barack Obama "has announced the relief of some hateful restrictions," Castro said in a statement carried by the official Cuban News Agency on Monday night.

"But not a word was said about the harshest of measures: the blockade. This is the way a truly genocidal measure is piously called, one whose damage cannot be calculated only on the basis of its economic effects, for it constantly takes human lives and brings painful suffering to our people."

Earlier Obama lifted all restrictions on the ability of individuals to visit relatives in Cuba, as well as to send them remittances.

The move represents a significant shift in a U.S. policy that had remained largely unchanged for nearly half a century. But several key components of America's embargo on the island nation will be preserved. Travel restrictions for Americans of non-Cuban descent will also remain in place.

The U.S. government instituted the embargo three years after Castro took office in 1959.

Castro, in his message, said Obama can use his "talents" in creating a constructive policy that would end the embargo that "has failed for almost half a century."

"On the other hand, our country, which has resisted and is willing to resist whatever it takes, neither blames Obama for the atrocities of other U.S. administrations nor doubts his sincerity and his wishes to change the United States policy and image," Castro said. "We understand that he waged a very difficult battle to be elected, despite centuries-old prejudices."

The president thinks "that creating independence, creating space for the Cuban people to operate freely from the regime is the kind of space they need to start the process toward a more democratic Cuba," Restrepo said.

But critics of the change blasted the administration for unilaterally changing what had been a long-settled U.S. policy.

The Castro "dictatorship is one of the most brutal in the world. The U.S. economic embargo must remain in place until tyranny gives way to freedom and democracy," Rep. Connie Mack, R-Florida, said in a written statement.

The president's gesture precedes a trip this week to Trinidad and Tobago for a key meeting of hemispheric powers -- the Summit of the Americas.

Castro said Cuba had "resisted and it will continue to resist."

"It will never beg for alms. It will go on forward holding its head up high and cooperating with the fraternal peoples of Latin America and the Caribbean; with or without Summits of the Americas; whether or not the president of the United States is Obama, a man or a woman, a black or a white citizen."