Editor's note: Mark Preston is the political editor for CNN. 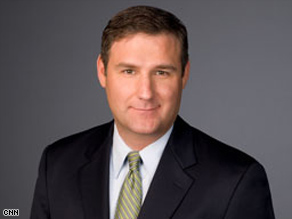 Mark Preston says Obama came out ahead in the honorary degree flap with scholarship named after him.

Arizona State University's refusal last week to present an honorary degree to President Obama cast an unnecessary dark cloud over the school and forced officials to do something they apparently were trying to avoid: recognize the president for his accomplishments.

Instead of giving him a piece of paper, the school now has named its "most important scholarship program" after him -- and the controversy still hasn't gone away.

Initially a university spokesperson told The Associated Press, "His body of work is yet to come. That's why we're not recognizing him with a degree at the beginning of his presidency."

That is true -- we do not yet know what Obama will accomplish as the 44th president of the United States. But ASU's own guidelines state that a degree is given to those who have made "significant contributions to education and society over the course of a person's career."

Now, you might not have voted for Obama, and perhaps you don't agree with his policies, but he was a U.S. senator, a community organizer, and a lecturer on constitutional law.

And isn't Obama's election as the first African-American president a "significant" achievement in this country?

So what would stop the ASU elders from doing so? After all, Sen. Barry Goldwater was awarded a degree after serving one term in the Senate, while Supreme Court Justice Sandra Day O'Connor had been on the Court for three years before receiving her honorary degree. Legendary broadcaster Walter Cronkite and labor activist Cesar Chavez were also awarded honorary degrees.

ASU President Michael Crow said the school had always intended to honor the president, but hadn't decided how to do so. We do know that ASU had decided how not to recognize Obama: with an honorary degree.

As pressure built up over the past week, ASU needed to move fast to try and push that dark cloud off of the university. ASU's solution was unveiled over the weekend: Name a scholarship program after Obama.

"Naming this scholarship program after President Obama that will affect the lives of thousands of students is an honor befitting, not only the president's exceptional achievements, but also his values as an individual," Crow said in a statement released by the school. "The President Barack Obama Scholars program will be a legacy that will endure and inspire others for generations to come."

"We hope that the recent discussion of honorary degrees will not detract from the honor and thrill that ASU -- and indeed all of Arizona -- is experiencing in anticipation of his visit," Crow said in the statement. "I am honored, as are our faculty, staff and students, that President Obama will give his first commencement speech as president of the United States at ASU."

Crow need not worry. I doubt that most Americans will look down upon the students and faculty for ASU's bewildering decision not to grant Obama an honorary degree.

I acknowledge, at first blush I really didn't think this was a big deal. So what if Obama wasn't presented with an honorary degree? Then I came to my senses. Isn't it simply common sense and common courtesy to present the president of the United States with an honorary degree -- especially if you invite him to participate in your commencement ceremony?

There still is time for the university to reverse its decision and present him with that piece of paper. But even if ASU chooses not to do so, I still think the president comes out on top by having the "most important scholarship program" named in his honor.

The opinions expressed in this commentary are solely those of Mark Preston.