WASHINGTON (CNN) -- CIA Director Leon Panetta has carried through on his pledge to prohibit independent contractors from conducting interrogations of terror suspects. 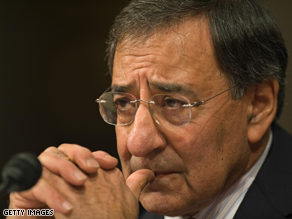 In a message to agency employees on Thursday, Panetta said he had notified the congressional oversight committees about the current CIA policy regarding interrogations.

Besides discontinuing the use of contractors, the director outlined in the message other steps taken in response to executive orders issued by President Obama in January.

The harsh interrogation techniques authorized by the Bush administration will no longer be used. Panetta said questioning of suspected terrorists will follow the approaches authorized in the Army Field Manual.

The director said the agency will "not tolerate, and will continue to promptly report, any inappropriate behavior or allegations of abuse."

He said that included suspects held by Americans or those who might have been transferred to other countries.

The secret prisons used to detain terror suspects have been closed, Panetta said.

Panetta said no individuals have been detained since he became director nearly two months ago. However, he said the "CIA retains the authority to detain individuals on a short-term basis."

"I am very pleased that Mr. Panetta has announced that contractors will no longer conduct interrogations," said Feinstein, D-California and House speaker, who had previously sponsored legislation to end the process.