Commentary: North Korean launch not a cause for panic 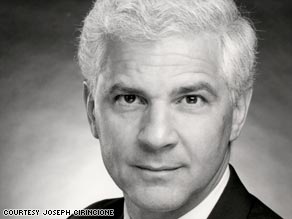 Joseph Cirincione says a serious missile threat to the U.S. from North Korea would take years to develop.

(CNN) -- North Korea's thinly disguised missile test violates U.N. resolutions and should be condemned. But it is not a serious threat to the United States, nor does it justify a crash program to deploy an expensive, unproven anti-missile system.

North Korea's missile and nuclear capabilities do not add up to a nuclear Intercontinental Ballistic Missile, or ICBM. This third failure to create such a missile in as many attempts since 1998 likely represents the upper limits of what the country can do by stretching and adapting the Scud technology it acquired from the former Soviet Union.

This small, impoverished nation would need to make three key additional breakthroughs to turn this launch vehicle into a real nuclear-armed missile capable of reaching the continental United States.

First, North Korea has to develop a bigger, longer-range missile. MIT scientist Ted Postol calculates that the failed satellite appeared to weigh 150 to 200 kilograms (330 to 440 pounds) and was intended for a low-Earth orbit about 550 kilometers (340 miles) high. It is puny by world standards

Size matters. A typical first-generation nuclear warhead weighs about 1,000 kilograms. To threaten California or New York, North Korea needs a much bigger missile that can carry more weight over a longer distance.

According to a pre-launch analysis by David Wright of the Union of Concerned Scientists, this kind of rocket might carry a small warhead to parts of Alaska, 6,000 kilometers (3,730 miles) from Pyongyang, but it could not hit Los Angeles, 9,570 kilometers (5,945 miles) away. Building that larger missile would require major advances in metallurgy, rocket engines, guidance and propulsion, and probably foreign assistance.

Second, North Korea would have to miniaturize its warhead. The primitive nuclear device tested by North Korea in 2006 is estimated to weigh more than 1,500 kilograms (3,307 pounds). That means North Korea's current nuclear weapons are simply too heavy to be launched by a vehicle similar to the one tested Sunday.

Retired Gen. Eugene Habiger, former head of U.S. Strategic Command, has said, "The miniaturization of a nuclear warhead is probably the most significant challenge that any proliferant would have to face." Habiger reminds us that it took the U.S. six to eight years of intensive engineering and testing to get our warheads down to 1000 kilograms (2,205).

Third, North Korea would have to develop a re-entry vehicle for its warheads. A warhead returning through the atmosphere to its target must survive extreme conditions. Developing the technology required for this survivability is no small task. It is one thing to test a nuclear weapon in carefully controlled conditions. It is another to build one that can survive the fierce vibrations, G-forces and high temperatures of launch and re-entry into the atmosphere.

These are three huge engineering feats and help explain why, as Congressional Research Service expert Steven Hildreth told Congress in 2008, "only five countries [the United States, Soviet Union, China, Britain and France] have demonstrated the ability to develop, test and field ICBMs armed with nuclear warheads."

North Korea simply does not have the technical background or institutional capacity to achieve these three breakthroughs anytime soon. Attempting to do so will require years of highly observable flight and explosive tests.

It is time to put aside the hype and bring this launch into perspective. North Korea has significant ballistic short-range missile capabilities, perhaps a few crude nuclear weapons, but no demonstrated ability yet to combine the two. The threat from North Korea remains essentially the same as it has been for the last three years. So what to do?

Korean expert Leon Sigal said, "The only way to get Pyongyang to stop is to resume negotiations." This is exactly what happened after the failed North Korean missile test in 1998 and the failed test in 2006. In both cases, Presidents Clinton and Bush let the bravado and bluster from the North Koreans die down, and within weeks coaxed them back to negotiations that suspended the programs for years.

Recall that North Korea's biggest nuclear advances came from 2001 to 2006 after the Bush administration scuttled the 1994 Agreed Framework and attempted to coerce North Korea into surrender or collapse. Instead, Kim Jong Il restarted his programs, tested more missiles and their first nuclear explosion.

Obama's speech provides the direction needed now. The U.S should rally the five permanent members of the U.N. Security Council to condemn this test, then move forward through direct talks and the six-party process to the irreversible dismantlement of the Korean nuclear program as part of the global effort Obama detailed in his Sunday speech.

Pulling North Korea from the nuclear brink will be a difficult diplomatic process, but panic does not have a place at the table.