(CNN) -- Thousands of veterans in South Florida may have been exposed to hepatitis and HIV because of contaminated equipment after getting colonoscopies at the Miami Veterans Affairs Healthcare System, officials announced Monday. 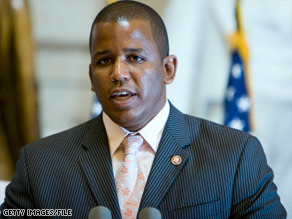 In a news release, Rep. Kendrick B. Meek, D-Florida, says such mistakes undermine the VA's effectiveness.

Two Florida lawmakers are asking for an inspector general's inquiry.

"The VA is a model of the type of health care we provide our veterans, and when mistakes like this occur, it undermines the efficacy of the entire system," said Rep. Kendrick B. Meek, D-Florida, in a news release. Meek, along with Sen. Bill Nelson, D-Florida, is requesting an official inquiry by the inspector general of the VA.

In a letter to retired Gen. Eric Shinseki, the secretary of Veterans Affairs, Nelson said he is also concerned about possible contaminated equipment at facilities in Murfreesboro, Tennessee, and Augusta, Georgia.

"I am requesting that the VA Office of Inspector General begin an investigation into the potential problems of contamination; whether any patient has contracted an infection from unsterilized equipment; and, most importantly, how we can prevent such problems from happening again," Nelson wrote.

"Finally, I urge the VA to commit to providing ongoing medical care in cases where it is responsible for exposing someone to a disease."

On Monday, the VA sent letters to 3,260 people who may have had colonoscopies between May 2004 and March 12, 2009. Hospital officials said a review of safety procedures found that tubing used in endoscope procedures was rinsed but not disinfected.

In the first 24 hours after the letters were released, the Miami VA got more than 2,600 calls and checked out more than 350 patients. Nearly 600 more are scheduled for examinations over the next two weeks, officials at the facility said.

Learn more about what happened »

Officials say the risk of infection is minimal.

"What happened should not have happened. We are taking steps to change it right now," said John Vara, the Miami VA's chief of staff.

The problem at the Miami VA facility comes on the heels of similar problems with endoscopies at the VA clinic in Murfreesboro. In December 2008, an investigation found that clinic workers were not following manufacturer's directions and switched out parts they weren't supposed to switch out, according to investigators. About 6,000 people who underwent colonoscopies at the clinic were notified and offered free testing for infections.

The Charlie Norwood VA Medica Center in Augusta, Georgia, also said it had "recently notified 1,200 veterans they may have been exposed to infection when undergoing ear, nose and throat (ENT) procedures between January and November of 2008."

In Miami, the VA has opened "special care clinics" to test veterans who received the notice and to provide information.

"Screening is strictly precautionary and does not indicate that any patients have contracted a virus," Mary D. Berrocal, director of the Miami VA, said in a statement on the VA's Web site.

The special care clinics opened Tuesday morning, and officials say response from patients has been good. "They are being proactive, and we are glad. We want them to get tested," said Susan Warren, a spokeswoman for the Miami VA facility.