How we're winning the war on breast cancer

(Health.com) -- I was 18 when I first felt a lump in my breast. Of course, I was convinced that I was going to die. This was three decades ago -- back when we knew far less about breast cancer. A general surgeon removed the lump, which, thank goodness, wasn't malignant. 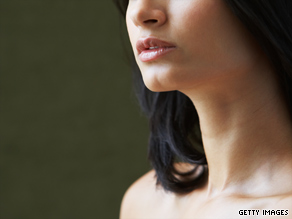 Prevention, detection and treatment have all improved over the years in the battle against breast cancer.

But before I was even a fully developed woman, I was rendered lopsided and scarred. My surgeon had wielded his scalpel with outsized caution, cutting out a quarter of my breast just to test a pea-size growth. He gave little thought to how his young patient would feel about a healthy breast, surgically deformed.

Fortunately, far fewer women have to put up with such blunt "solutions" these days. Although more than 190,000 people will get a breast cancer diagnosis this year, many of them will go on to live wonderfully cancer-free lives because of enormous improvements in how we detect, treat, even prevent this disease. Here's how we're actually winning the war on breast cancer.

We know more than ever

Once identified only by how far the disease had advanced -- such as stage 0 or stage IV -- scientists now know that breast cancer is actually many diseases and that each tumor has a unique genetic fingerprint. There are luminal A and B, HER2 type, and triple negative, among others. That means physicians can more effectively target treatment with therapies that have the best chance of working.

Researchers now know that women whose cancer is diagnosed in the early stages of estrogen-receptor-positive cancer respond well to hormonal therapies including tamoxifen and aromatase inhibitors, which starve breast cancer cells of the hormones they need to grow. And, since 2004, the Oncotype DX test that helps identify the best treatment has been available to women who get this type of cancer -- which is about 75 percent of breast cancer patients.

"In the past, we were giving chemotherapy to women who would have done just as well on hormonal therapy," says Dr. Susan Love, president of the Dr. Susan Love Research Foundation and clinical professor of surgery at the University of California, Los Angeles. "Now, with this test, we can tell if a woman doesn't need it. That's great." This means you might be spared chemo's nausea, exhaustion, and hair loss. About 100,000 women have gotten the test. Patients should ask their doc whether it's right for them. RealSimple.com: Portraits in breast cancer

We can only wish for the day when mastectomy -- removal of the breast -- becomes unnecessary. But the procedure isn't nearly as devastating as it used to be. Total skin-sparing mastectomy, in which the surgeon cores out the breast tissue while saving the skin envelope, can work for many women who don't have a tumor under the nipple or close to the skin.

"For people who have a good result, it can be hard to tell they've even had a mastectomy," says Dr. Laura Esserman, director of the Carol Franc Buck Breast Care Center at University of California, San Francisco. While several centers offer this procedure, "I would suspect that less than 10 percent of women are offered this option," she says, so women should ask for it.

Even if the total skin-sparing surgery isn't right for you, there's little chance that you'd need a radical mastectomy to remove the breast, the underlying chest muscles, and all underarm lymph nodes. Depending on the tumor, a common option is lumpectomy, in which the tumor and a margin of surrounding tissue are removed, combined with radiation therapy. The choice of more than 60 percent of women (if they are given the option), lumpectomy plus radiation has proven as effective as mastectomy for overall survival.

Radiation is much safer

If a woman needs radiation, new techniques target tumors with much more precision -- and the benefits are huge. In some cases, the standard six weeks of treatment can now be reduced to as little as one week, cutting down on the fatigue many patients feel. Better planning and targeting also decrease the chances that radiation will lead to heart damage, and irradiating only part of the breast leaves open the possibility that the treatment can be used again if the disease returns. Health.com: Can Twitter and Facebook help fight breast cancer?

There's a new specialty emerging that combines breast cancer surgery with plastic and reconstructive surgery. Called oncoplastic surgery, "it lets us look at a woman in a holistic way," says Dr. Gail Lebovic, president of the American Society of Breast Disease. Lebovic is one of a handful of oncoplastic leaders across the country, each one busy training other surgeons who plan for a good cosmetic outcome even before the initial cut to eliminate cancer cells.

A woman with large breasts, for example, might have a lumpectomy, healthy tissue pulled together to minimize distortion, and an equal breast reduction on the other breast. "When you're able to offer reconstructive techniques at the same time, breast cancer surgery is not as horrible a thought," Lebovic says. She urges patients to discuss cosmetic results before surgery. Health.com: Sheryl Crow talks about life after breast cancer

There are fewer complications

For years doctors doing surgery on women with breast cancer would remove most of their lymph nodes in the area of a tumor. The painful cost? A high risk of lymphedema, or extreme swelling and pain in the arm. That's what happened to a friend of mine: Her arm swelled, months of therapy ensued, and she had to hold the arm high in the air for as many hours as she could stand. That happens less these days because surgeons often remove just the "sentinel" lymph node -- the first lymph node likely to be reached by spreading cancer cells. If that node shows no signs of cancer in a biopsy, additional lymph nodes can be left alone.

"The likelihood of getting lymphedema after sentinel-node biopsy is less than 5 percent," says Dr. Monica Morrow, chief of the breast service at Memorial Sloan-Kettering Cancer Center in New York City. And if a woman has had a lot of lymph nodes removed and is in danger of developing inflammation, new research suggests that past advice to avoid weight-bearing exercise may be misguided. In a study of 141 breast cancer survivors with lymphedema, those who took weight-lifting classes saw less worsening of their condition and fewer symptoms, compared with the women who did not lift weights.

Meanwhile, another new study suggests that actually finding microscopic tumor cells in lymph nodes near the tumor may help determine which patients need the most aggressive treatment.

You can reduce risk!

Although scientists say that the evidence linking good nutrition -- lots of fruits, vegetables, and grains -- to a lower risk of breast cancer isn't totally convincing, they know that some habits really do help. There's a clear link between even moderate drinking and a slightly increased risk of breast cancer, so cutting down is worthwhile.

Controlling your weight appears to be superhelpful, too: Significant weight gain in adulthood, between the ages of 20 and 50, may double the risk of breast cancer. And studies show that moderate to vigorous exercise, like fast walking or swimming, can lower your risk by 30 percent. Health.com: Knowing your mother's health history can lower your risks

Research is ramping up

A new study launched this year may generate vast amounts of crucial information for decades to come. The Love/Avon Army of Women project has enrolled more than 300,000 women and hopes to recruit a million of all ages and every ethnicity, some who have breast cancer and some who don't. With those kinds of numbers, researchers can begin to identify risk factors that might change the breast cancer prevention landscape forever.

"We'll be asking questions about oral contraceptives, fertility drugs, hair dye, deodorant -- everything," Love says. The effort will span decades. And, just as the Framingham Heart Study identified common heart disease risks like high cholesterol, smoking, and obesity, this study could ultimately point out what really causes breast cancer and how to prevent it.