Fallen out of love with your birth control? Maybe you're put off by the side effects -- cramps from hell, unpredictable bleeding. Or maybe remembering to pop a pill just isn't your strong suit. Problem is, going without isn't a good choice, even as you get older: Nearly 40 percent of pregnancies among women in their 40s, for instance, are unplanned. 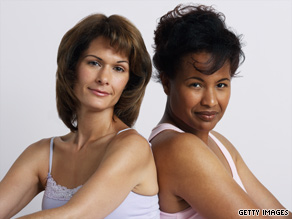 Women who really loathe their periods may be good candidates for the extended-cycle pill.

The good news is that there are more safe, effective contraception options than ever for women who may be done having children or who are 30-plus.

Which one is best for you? We've ruled out the least-popular (diaphragm, female condom, NuvaRing) and higher- risk (the patch) methods, and assembled the likely candidates here.

Who can try it: Almost all women. Sur­prised? Truth is, a growing body of research debunks some myths surrounding this 99 percent-effective form of contraception -- like the notion that it brings on menopause or ups the risk for some cancers. A recent meta-analysis in the The New England Journal of Medicine reveals that many women can safely take the pill -- which serves up low doses of estrogen and progestin three weeks a month to suppress egg release -- right into menopause.

The pill can ease maddening peri­menopausal symptoms like hot flashes, hormonal mood swings, and irregular bleeding. What's more, it may help prevent ovarian and uterine cancers, says study author Andrew M. Kaunitz, M.D., professor of obstetrics and gynecology at the University of Florida College of Medicine at Jacksonville. Health.com: Make over your period: How to finally fix your menstrual problems

"The longer you're on the pill, the more protection you have," he says. The protection against ovarian cancer extends some 30 years after you quit the pill, according to a recent study in The Lancet. And the pill does not cause breast cancer, Kaunitz says.

Who should avoid it: If you're a migraine sufferer, you may want to steer clear; the pill is thought to trigger headaches and raise the risk of stroke in some migraineurs. (Experts aren't sure why, but the dip in estrogen during the "off week" is one suspect.) And smokers older than 35 -- that includes the I-only-light-up-when-I-drink crowd -- should avoid the pill, as both estrogen and smoking cause blood to clot more easily. Combine the two, and you ratchet up your heart attack and stroke risks, says Katharine O'Connell, M.D., M.P.H., an assistant clinical professor of obstetrics and gynecology at Columbia University in New York City.

Who can try it: Women who are breast-feeding (this oral contraceptive will not lower milk supply), or those who can't take estrogen-based pills because of cardiovascular-disease or blood-clot risks, or because they smoke. Like the combo type, this "mini-pill" protects against pregnancy via a low dose of hormones, but it's estrogen-free. Note: The progestin-only pill is slightly less failure-proof than the combo kind.

Who should avoid it: If you're schedule-challenged, take heed: Progestin-only pills must be taken every day at the same time to be fully effective; use a backup method if you get off-schedule.

Who can try it: Women who really loathe their periods. If you suffer from severe PMS, or if your period exacerbates an existing condition such as endometriosis or anemia, these pills may be your new best friend. Two brands, Seasonale and Seasonique, allow you to go three months without menstruating -- you'll have just four periods a year. Another brand, Lybrel, stops periods for an entire year, but you do have to take a pill every day, year-round. Health.com: 10 questions to ask a new partner before having sex

Like combo pills, all of these contain estrogen and progestin.

Who should avoid it: If you're not a candidate for the combo pill, don't go the extended-cycle route. Ditto if you tend to be cautious about new medical trends: Although there's no evidence suggesting that it's dangerous not to have regular periods, there is less long-term research behind extended-cycle pills than the combo type.

Who can try it: Women who don't want to think about birth control for a long, long time. The IUD is more than 99 percent effective and lasts up to 12 years -- get one at 40 and you're set until menopause, says Erika Banks, M.D., director of gynecology at Montefiore Medical Center in New York City. The traditional IUD is a small, T-shaped plastic device that's inserted into the uterus to block egg fertilization. Insertion can cause mild discomfort for some women (your doc can prescribe pain meds if you need them), but that doesn't last.

The downsides? Possibly, heavy periods and increased menstrual cramping. That's where Mirena -- a newer model that also delivers a steady dose of progestin -- wins points. Though it taps out after five years and may cause spotting or irregular periods in the first few months, you can expect lighter bleeding over time. And you can banish fears of infertility or infection: Those risks have proven false, experts say.

Who should avoid it: If you think you'll want a baby in a year, other methods may be better, Banks says. You'll be unprotected as soon as you remove the IUD, but its cost -- ranging from $150 to $500 -- can make it a bad investment for short-term contraception.

Who can try it: Women looking for no-fuss, long-term (three years) contraception, or those who aren't a fit for the combo pill. A matchstick-size plastic rod -- called "Implanon" -- is inserted in your upper arm, where it releases progestin to suppress ovulation. Effectiveness? Nearly 100 percent. Your insurer may cover the $400-to-$800 cost.

Who should avoid it: If you take the herb St. John's wort or are significantly overweight, be warned: Implanon may not work as well for you.

Who can try it: Women 40 and older who aren't monogamous and haven't finished menopause. Unlike other forms of birth control, condoms protect against most STDs and HIV, and are up to 98 percent effective at preventing pregnancy when used correctly. This method also is an easy (and cheap) choice if you're not all that busy in bed.

Who should avoid it: If you're younger than 40, condoms simply aren't the most foolproof pregnancy-protection, unless they're paired with another contraceptive (such as the pill or an IUD). Health.com: How to protect yourself from HPV

Who can try it: Women older than 35 who are done having kids but OK with having a period. There are two kinds of permanent sterilization. Tubal ligation is a surgical procedure in which the Fallopian tubes are blocked by an incision, clamp, or cauterization.

And a newer option -- called "Essure"-- is less-invasive and involves the placement of a small metal insert to obstruct the Fallopian tubes. After either procedure, you might feel tired, bloated, nauseated, or gassy for a few days, but the discomfort shouldn't be severe. And no evidence suggests that sterilization hastens menopause, experts say. Price tag: $1,400 to $6,000; insurance generally covers it.

Who should avoid it: Ask yourself some hard questions: If you remarried or lost your only child, would you want the option to have another? If you're not 100 percent sure, a long-term, reversible method such as an IUD may be better. And it's OK if you simply don't like the idea of being "sterile," Kaunitz says; "It's very human and very normal." But it's reassuring to know you have other good options.

The Plan B option

Plan B -- emergency contraception -- uses a high dose of progestin to halt ovulation or fertilization, or prevent a fertilized egg from attaching to the uterus. It's designed as a backup if you forget to take your oral contraception, have a condom malfunction, or fear an unwanted pregnancy for another reason. "It does not end a pregnancy or cause spontaneous abortion," says Kaunitz. Like other birth control, Plan B prevents pregnancy. Health.com Video: For big drinkers, talking about sex and STDs may be a wash

Although it's called "the morning-after pill," Plan B is effective up to five days after intercourse. The sooner it's started, the more effective it will be. A full dose (two pills) costs $20 to $50 and is available for those 17 and up, without a prescription at the pharmacy counter of most drugstores. The pills are good for up to two years.

All About Birth Control • Sexually Transmitted Diseases • Plan B Contraceptive