(CNN) -- The new president of the American Medical Association, which represents the interests of the nation's doctors, said Wednesday the group is open to a government-funded health insurance option for people without coverage. 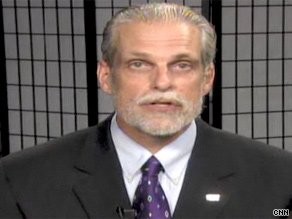 Dr. Rohack called 2009 "the year we need to have affordable health insurance coverage for all Americans."

Dr. J. James Rohack told CNN the AMA supports an "American model" that includes both "a private system and a public system, working together."

In May, the AMA told a Senate committee it did not support a government-sponsored public health insurance option.

"The AMA does not believe that creating a public health insurance option ... is the best way to expand health insurance coverage and lower costs across the health care system," the organization wrote, explaining that a public insurance plan could lead to "an explosion of costs that would need to be absorbed by taxpayers."

Rohack, who recently became AMA president, suggested Wednesday that the Federal Employee Health Benefit Program available to Congress members and other federal employees could be expanded as a public option. That would avoid having to create a new program from scratch, he said.

He said AMA opposed expanding Medicare coverage for senior citizens into a broader general public plan, noting the plan is "going broke" and fails to cover the costs of participating doctors.

His comments come as President Obama is pressing Congress to push through a comprehensive bill to reform the nation's ailing health care system this year.

Obama told a town hall meeting Wednesday the rising costs of health care threaten the economy and are unsustainable. Even health-related industries including drug companies were now acknowledging the need for reform, he said.

Rohack said 2009 is "the year we need to have affordable health insurance coverage for all Americans."

He said a reformed system must include access for everyone, the freedom to choose your doctor, and the freedom for doctors to provide the best possible care.

Rohack also called for efficiency measures such as electronic record-keeping to reduce administrative costs, as well as protection for doctors from excessive malpractice lawsuits.

The 162-year-old AMA has about 250,000 members, including practicing physicians, medical students and retired doctors. Overall, there are more than 900,000 doctors in the United States.