(CNN) -- As more details of the mother who gave birth to octuplets come to light, ethicists are debating the moral quandaries involved. 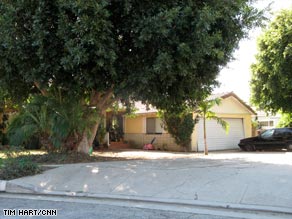 The octuplets' family's home in Whittier, California, near Los Angeles.

The woman had six other children before the set of eight, which were only the second set of octuplets recorded in the U.S. The babies' grandfather said Friday that his daughter wanted one more child and didn't expect this to happen.

Kaiser Permanente's Bellflower Medical Center reports that all is well with the mother and children. Seven babies are breathing unassisted, and one is receiving assisted oxygen through a tube in the nose. Seven are being tube-fed donated breast milk.

It is unclear how this woman ended up with eight embryos in the first place.

Her mother told the Los Angeles Times on Thursday that the woman had received fertility treatment and that she had embryos implanted last year.

Watch for more on the octuplets »

"If she went to a fertility clinic, there's wide consensus from every single ethicist and fertility specialist that this was irresponsible and unethical to implant that many embryos," said M. Sara Rosenthal, bioethicist at the University of Kentucky's College of Medicine. "This is an outrageous situation that should not happen."

Doctors say that giving birth to extreme multiples comes with tremendous risks for both the mother and the babies. Risks for the children include bleeding in the brain, intestinal problems, developmental delays and lifelong learning disabilities.

In certain European countries, particularly Italy and Germany, the limit on the number of embryos allowed to be implanted at once is three, said Robert George, professor at Princeton University and member of the U.S. President's Council on Bioethics. George advocated following those countries' examples so that similar situations don't arise and put the lives of mother and fetuses at risk.

"What you need are professional norms and legal regulations that restrict practices that are inherently very dangerous," he said.

The woman's mother told the Los Angeles Times that doctors gave the woman the option of selectively reducing the number of embryos, and she refused.

As to a "correct" decision at this stage, experts are split.

George said that, based on the information available, his personal ethical decision would probably support the woman's choice to carry all the babies to term. But he said that selective reduction is not the same as traditional abortion because the goal is the healthiest possible birth rather than the termination of a pregnancy.

"The babies didn't put themselves there; it's not their fault," George said. "There does seem to be a serious ethical question about killing one or more of them, even for the sake of maternal health."

Rosenthal, on the other hand, questions the woman's capacity to make a good decision under the circumstances. Some neonatologists believe that when pregnant women are told about dangers of prematurity or have great expectations about giving birth, their judgment can be impaired, she said.

The situation raises the issue of whether a doctor ought to override a patient's wishes for the sake of saving lives, she said. Although the health care system in America gives patients autonomy in making decisions about their own bodies, when emotionally distraught, some people decide poorly, she said.

A doctor counseling a woman with octuplets may strongly recommend partial or full termination because of the risks to the mother and children. Even with triplets, a doctor would be "remiss if [he] didn't tell a woman with triplets about selective fetal reduction," said Dr. Scott Slayden of Reproductive Biology Associates in Atlanta, Georgia.

Dr. R. Dale McClure, president of the American Society for Reproductive Medicine, said in a statement Friday that the organization has been working to reduce the number of high-order multiple births resulting from in vitro fertilization treatments.

"If this resulted from an IVF treatment, we can say that transferring eight embryos in an IVF cycle is well beyond our guidelines," he said.

The guidelines state that patients under the age of 35 would not have more than two embryos implanted "in the absence of extraordinary circumstances." In fact, a woman in this age group with a favorable prognosis should have only one embryo transferred, the guidelines say.

The mother of the octuplets is believed to be 33 years old, according to the Los Angeles Times.

"It would be extremely unusual, very strange and hard to believe that somebody who is a professional would put that many embryos into a woman who is 33 years old who has children," Slayden said.

That she carried eight fetuses does not necessarily mean eight embryos were implanted, Slayden said. Four to 5 percent of the time, an embryo will split. As few as five embryos could have given rise to the eight children, he said.

Although it is "amazing" that the mother and eight children appear to be healthy, the story is somewhat dangerous for would-be mothers seeking fertility treatment, he said. They may see this example as a reason to take chances in attempting to birth extreme multiples, despite the large risks involved in such pregnancies and the rarity of their success.

The nanny who works with the octuplets' siblings said Friday that the woman "adores her babies" and is "a perfect mom."