Toobin: Decision on Fort Hood case may be made at Cabinet level 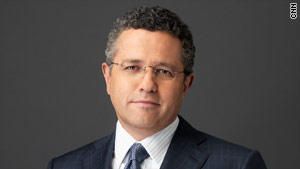 Thirteen people -- 12 of them soldiers -- were killed and 42 wounded Thursday when a gunman opened fire at the post's Soldier Readiness Center. A police officer shot Hasan, the only suspect, ending the carnage.

Hasan remains in intensive care at Brooke Army Medical Center in San Antonio, Texas, but is breathing on his own and talking, hospital spokesman Dewey Mitchell said.

CNN: In which legal system will Hasan be tried?

Jeffrey Toobin: We know for certain it will not be in state court. There's exclusive federal jurisdiction on an Army base. They will have to decide whether they want to do it as a court-martial or as a federal prosecution in United States District Court.

Toobin: That is a matter for negotiation between the Department of Justice and the Department of Defense. I would imagine, given the magnitude of this crime, that it would go all the way up to the attorney general and the secretary of defense.

CNN: Would the charges be the same in either case?

Toobin: The wording would be different but there would be no practical difference. Most importantly, he would be eligible for the death penalty in either jurisdiction. I don't believe there has been a military execution in a very long time. I know there are some people on death row in military court. There is no parole in federal court, but there is time off for good behavior. You can get up to 15 percent off for good behavior.

CNN: Would his recovery from his injuries affect the timing of the case in either scenario?

Toobin: Sure. There certainly will not be a trial until he is in a position at least to follow or to participate in his defense. And that's likely to be some time. But he's not going anywhere, and the evidence isn't going anywhere, so that's not going to be a significant issue.

This case is not legally complicated ... except possibly regarding his mental state.

CNN: Is an insanity defense available to Hasan?

Toobin: Yes, an insanity defense is always available to him, and certainly you'd have to say is likely in this set of facts. But insanity defenses are often discussed and raised, and very rarely successful.

CNN: Does he have a good case for an insanity defense?

Toobin: I don't think so, actually. Insanity is one of the most difficult-to-define concepts in the law, and courts have been struggling with it for decades. In recent years it's gotten narrower.